Cast iron cooking equipment should be essential in every kitchen cupboard, whether you use it for one pot-meals or to keep individual ingredients, the benefits of cooking with cast iron outweigh any of those from cooking with other materials.

We’ll be guiding you through the reasons why cast iron is better for cooking and why you should begin investing in cast iron cooking equipment instead of other ones. 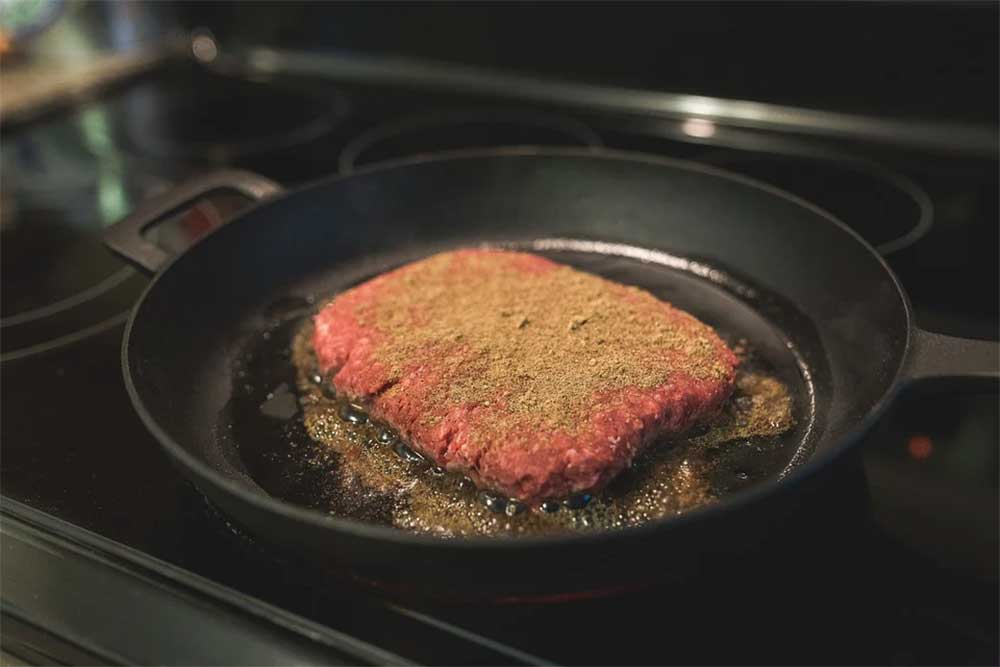 Even Heating, Even Cooking

Cast iron is a very dense material and heat disperses evenly across the surfaces so you’ll have fewer hotspots compared to other cooking equipment, meaning your food will cook more evenly and you won’t have any burnt patches of food. This adds extra convenience to your cooking as you won’t have to rotate your cast iron skillet around on the stove to make sure all your food is evenly cooking and you also won’t have to remove, rotate and replace it into the oven.

Cast iron is also incredible at retaining heat, which can be annoying as you’ll have to wait for it to cool down before you begin washing it but great for serving big meals to your friends or family. As it takes a long time for cast iron to cool down, you’ll be able to keep your finished dinner in the cast iron pan or skillet on the side so if anyone wants a second helping it’ll still be warm for them.

Once you buy a cast iron pan you probably won’t need to buy a replacement for the rest of your life - they’re virtually indestructible. There’s a reason why grandparents use old cast iron cooking pans instead of the modern Teflon ones, and that’s because they’re reliable, don’t require too much maintenance and they’ll last a lifetime.

If you’re handed down some solid-looking cast iron pans through the family, then don’t chuck them out or try to sell them in a yard sale, try giving them a little clean and reseason them and they’ll be nearly good as new and will save you the costs of forking out again and again for unreliable cooking equipment.

There is a but to this statement,  if you show your cast iron cooking equipment no love or care, you’ll soon begin to see them deteriorate, however, you can still bring them back to life easily. As long as you build up an even layer of your seasoning on your cast iron, you shouldn’t find that it chips off easily and even if it does then you can try reseasoning it again to protect it.

There is no competition when you compare cast iron pans to Teflon pans. If you were to scrape a metal utensil by accident on your Teflon pan, then it’ll be done as it’ll scrape off the non-stick coating and it’ll be permanently damaged and regarded as useless for cooking sticky foods. Whereas you’ll be able to use whatever material utensils with your cast iron cooking pan and you won’t damage the non-stick surface.

Cast iron cooking pans are brilliant because they’re naturally non-stick especially when they’ve been well seasoned beforehand. Whilst Teflon may be slightly more advanced in its non-stick technology, it’s now been proven to be bad for our health, so that’s a big no-no in our eyes. When Teflon pans are heated to high temperatures, it releases chemicals that can be leached into our foods as we cook but this doesn’t happen with cast iron ones as they’re naturally seasoned.

You’ll also be able to season your cast iron cooking pans as and when you need them with your oils in your home. It may take a couple of hours to complete the seasoning process, but considering it’ll only be necessary a handful of times a year it doesn’t seem like too much of a hassle, especially because these cast iron pans will last you a lifetime.

As these cast iron pans are naturally non-stick, they’ll be way easier for you to clean as well, but we’ll touch on that in more detail a bit further down

Cast iron pans do give you the best of both worlds as they can easily be used on both a stovetop and in an oven to cook your meals. If you want to brown off some meat on the stove and then add in all your veggies afterward to put in the oven to bake a stew, then a cast iron pan will allow you to do this, but many other cooking pans cannot.

You’ll be able to sear big rumps of steak in your cast iron pan as well as making fluffy victoria sponge cake in it as well so you can do almost anything with just one piece of equipment. If you’re into camping, then you’ll also be able to take your cast iron pans on camping trips away with you as the heat retaining properties make it great if you’re limited to how much heat source you have to cook food when you’re away.

Cast Iron Is Easy To Clean Up

As we previously mentioned, cast iron pans are easy to clean up which is contrary to what many people believe. Most people think you can’t use proper dish soap or warm water to wash up non-stick pans but that is a total lie when it comes to cast iron pans. A soft sponge and some warm soapy water will do the job of easily cleaning away any (if any) residue left on the surface of the non-stick pan.

We should mention that you should never put a cast iron pan in the dishwasher as the high temperatures and strong cleaning detergent will strip away the non-stick coating and leave the pan vulnerable to rust. You should also try to minimize how much time you spend cleaning the cast iron cooking and don’t let it soak in the washing-up bowl whilst you’re eating your food.

Always leave cast iron pans to cool down properly before beginning to wash them and only begin washing up your pan when you’ve finished dinner and you can do the job quickly and efficiently. Once you’ve cleaned the pan, you should dry it thoroughly straight away.

As aforementioned, cast iron offers a safe cooking surface for you to cook your foods on which should be one of the key factors when choosing new cookware. If you season your cast iron pans properly then you won’t have to worry about any of the metal leaching into your food as you’re cooking. ]

People have been using cast iron for their cooking equipment for hundreds of years, so if there were any doubts about the safety of cooking your food on the material then it would have been brought to light by now.

Cast iron offers users the non-stick coating that Teflon does but without the risk of harsh chemicals which can easily be brought about by high temperatures. So whilst Teflon pans may seem cheaper than cast iron pans, is it really worth saving a few extra bucks to risk the health of you and your family?

Many people avoid buying cast iron cooking pans because they presume that they’ll be overly expensive due to their materials and weight. However, cast iron is relatively inexpensive especially when you compare it to other cooking pan materials like copper.

Where you buy your cast iron pans and how big they are will impact how expensive they are. Department stores will charge premium prices for their cast iron cookware ranges but you’ll be able to find high-quality cookware pieces in thrift stores or just in your local Target.

Remember, cheaper isn’t always better when it comes to cookware as you’ll need to have high-quality pieces of equipment that will be able to last you without getting damaged. Cast iron pots and pans may seem like an investment but they’re a once-in-a-lifetime purchase and as long as you take care of them you’ll never have to worry about buying any more cookware in the future.