There’s always been a debate between people who claim that food just tastes better when cooked in cast iron, and people who are wrong.

Sure, there’s serious room for debate when cast iron fiends get whimsical about the flavors of meals gone by, and how their pans hold a kind of sense memory of all the cooking they’ve ever done. That’s culinary homeopathy, and it should be resisted as whimsical fairy dust.

But the fact that food tastes better when it’s been cooked in cast iron has some perfectly solid science behind it. Let’s break it down, so the next time someone challenges reality with talk of aluminum or special super-duper coated cookware, you can bring out the facts and move on with your life – after all, there’s cooking to do. 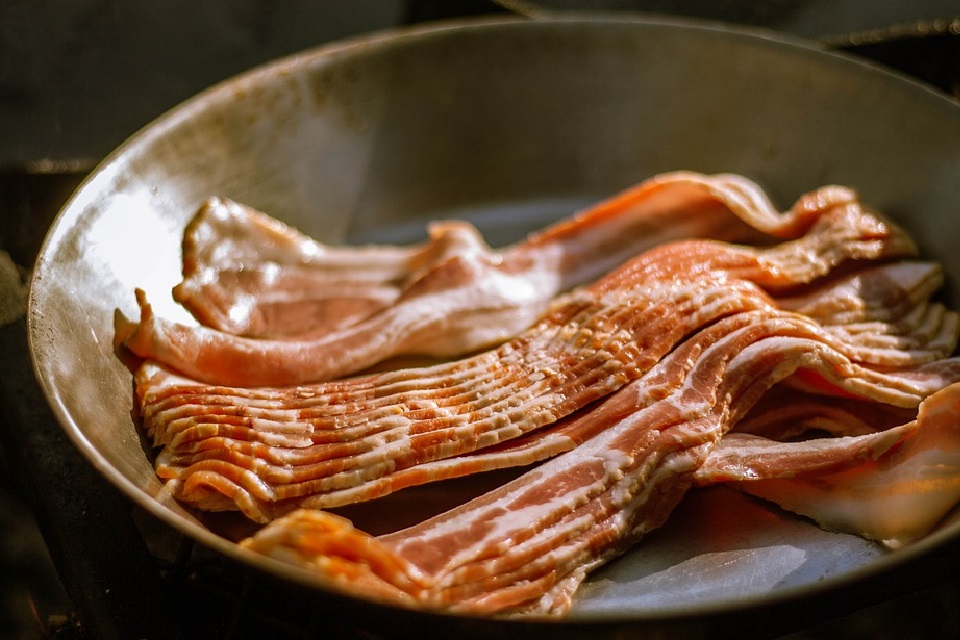 While it’s true there are better metals to make pans out of when it comes to distributing heat – step forward, aluminum and copper - cast iron behaves like nothing else in your kitchen when it comes to retaining heat. Once you get a cast iron pan hot, it will stay hot, and it will radiate that heat in a gentle, flare-free way until the end of time – or the end of your cooking session plus at least half an hour, whichever happens first.

Cast iron gives you a dry heat, and most importantly an even heat.

That means with minimal effort from you, your food gets a crust when cooked in cast iron. It gets caramelization which is more than just a vaguely brown sheen.

When food browns and crusts, it does it because of what are called Maillard reactions.

Maillard reactions were first described in 1912 by inevitably French scientist Louis Camille Maillard, and they’re the fancy name for the process that happens when amino acids and reducing sugars get together under heat and turn brown. And on some level, they’re the reactions we live for as human beings.

Browning bread, crusting cakes, the juice-dripping darkness of crusting meat that lets you know everything is going to be alright… that’s all down to the Maillard reactions. And we’re not kidding – any time there are Maillard reactions, human brains associate them with good times, good tastes, and good memories. That’s probably primal, from when we as a species first discovered how good life could be if protein and fire got together, but we’ve been driven ever since towards those moments of brown, tasty, caramelized heaven described in scientific terms by Maillard.

Cast iron, with that slow, dry, even, heat is the Maillard reactions’ best friend. Properly pre-heated, a cast iron pan gives you both a quantity and quality of Maillard reactions that are unbeatable, from a quick seal to a slow brown, because of its heat retentive qualities.

“To everything, there is a season…” says the Bible (Ecclesiastes 3, if you’re interested). While it’s of course talking about a time, a period in which things happen, it’s oddly appropriate when it comes to explaining why things taste better in cast iron.

Whereas most modern pans need a thorough cleaning after use with some pretty high-powered soaps and chemicals, some of the oldest cookware in the world goes in precisely the other direction. Like many of the best Chinese woks, a good cast iron pan never needs scrubbing with abrasive cleaners. Wipe it out, wash it with hot water if it’s likely to carry odors from meat or fish, and that’s an end to it.

Because you don’t want to undo the seasoning, that’s why.

No, it’s nothing to do with salt and pepper. Seasoning your cast iron pan is covering it with a layer – or eventually, layers – of oil or fat.

Nope. You won’t taste the oil or fat, but what happens over time is that the layers of oil polymerize. They bond with the pan, to give you a natural non-stick coating on the best heat-retention pans in the world. That polymerization or seasoning also stops your cast iron pan from oxidizing, meaning it won’t go rusty, and will have a harder time transferring unwanted iron from the pan to your food and into your system.

Again, the combination of a natural non-stick coating and that slow, dry, even heat and the Maillard reactions it brings with it makes pretty much everything that you cook in cast iron tastier and more irresistible.

We said that cast iron retains its heat longer than other cookware. That’s true after the cooking is done too.

Why is that a good thing?

Say you’re having a good night. Great friends, great stories, fantastic food from your cast iron pans, as usual. The tales are flowing, your beverages of choice are flowing just as well, you have your main course hot out of the pan. There’s lots left, because you only invite true friends for a night like this.

You take the pan off the heat.

You chat, you laugh, Dave tells the story about the day he saved an old lady’s life in Wal-Mart, and you all gasp along, even though you’ve heard it a hundred times before.

“Anyone want a little more?” The question goes up nonchalantly, because you know about cast iron pans.

“Won’t it be cold by now?” asks Helen, who, while a fine human being in many respects, is addicted to her celebrity chef copper pots and has yet to come over to the cast iron side.

You smile, possibly dancing along the border between being indulgent and being patronizing. You pull it back before you go full dinner party douchebag, and you serve up the second helpings.

Because not only has the cast iron pan been keeping the main course warm – warm, you understand, not burnt – but while it was off the direct heat, interesting internal reactions have been happening inside the food.

That gift of cast iron, the retention of heat, has been changing textures and enriching flavors all the while. So your second helpings will not only still be acceptably warm, they’ll be subtly different and slightly more complex, meaning you’ve gone up to a whole other level of nonchalant dinner party hosting.

This, we grant you, is perilously close to the ‘tasting the whole history of the pan’ shenanigans with which we said we’d have no truck.

We stand by that, and we’re still truck-free, but there’s a degree to which a cast iron pan, with its history of seasoning and cooking, brings to mind a parallel in another ancient cuisine.

There’s an idea in Chinese cookery called the “Wok hay.” It translates roughly as “The breath of the wok.” The idea is that cooking in a wok, you get a unique energy, a unique flavor into your food, that comes from a combination of the cooking vessel, the layers of seasoning – because, oh yes, woks are seasoned rather than scrubbed too, and for exactly the same reasons – and the combination of the freshness of the ingredients and the enthusiasm of the cook that puts them together and treats them with respect.

Sure, confirmation bias might have something to do with it, but when you eat top-notch Chinese food, you feel like you genuinely taste, and smell, and experience the wok hay for yourself. It’s uncanny, and it shifts your mindset into some other place.

Something similar happens when you cook in a cast iron pan.

Sure, these days, many woks are made of carbon steel, but carbon steel is essentially cast iron that won’t snap your wrist when you try to lift it. And historically – in the time when the idea of the wok hay originated, you’ll never guess what woks were made of.

Or…maybe you will. Yep – our best and oldest friend, cast iron.

So the material is the same. The seasoning process is the same. The heat intensity, for the most part, is entirely different, which is why we won’t suggest that you get a “hay” from cooking with a cast iron pan. But you get something similar. Slower, richer, mellower for the most part, but a definite something that cooking in no other pan will give you. A “cast iron yay,” if you’ll forgive us the fancy.

Not only do cast iron pans give you dry, slow, even heat for perfect Maillard reactions. Not only do they give you those reactions from a natural non-stick seasoned pan. And not only do they retain their warmth long after your copper and aluminum pans have been scrubbed within an inch of their lives and put to bed. There’s an extra something that only comes with cooking in cast iron. It’s not actually a taste and aroma of the past, of the history of the pan. It’s more a connection to the food on an emotional level because you’re cooking on cast iron, as people have been doing for over 2,000 years.

And there’s nothing else in the world that tastes better than that.