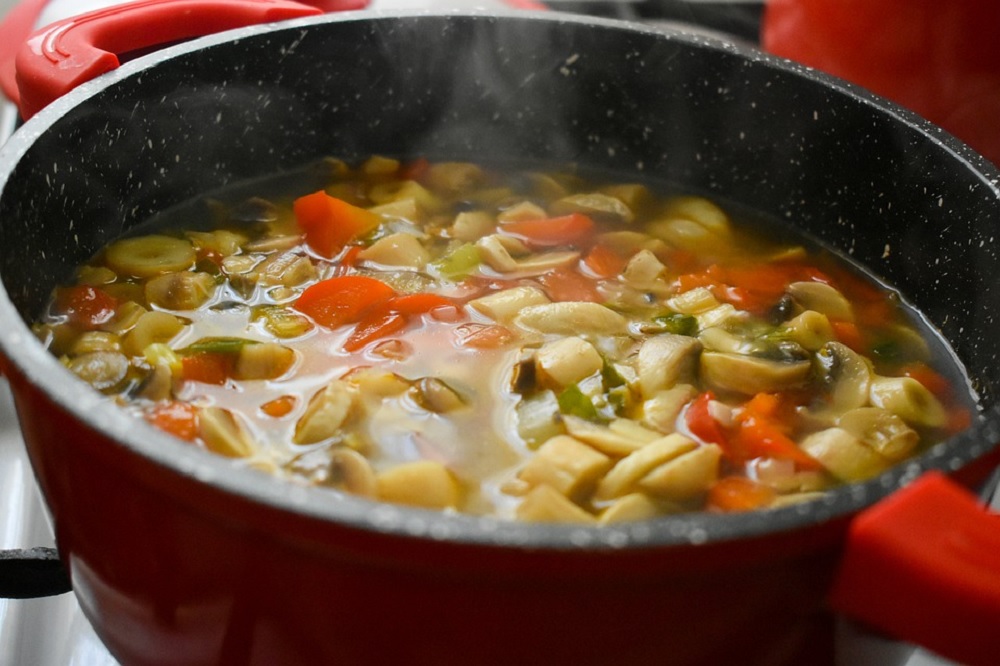 The first thing that you should always avoid cooking in your cast iron skillet is anything that is smelly. This can make cooking some things rather difficult as a lot of dishes require a lot of seasoning, and a lot of seasonings are typically very strong in scent. These smelly ingredients include peppers, garlic, some types of fish, and some types of cheese. If you do cook these smelly foods in your cast iron skillet, then you could leave a permanent scent in the dish which will then impact anything you cook going forward.

Other than this, you should also avoid delicate fish, mainly because it will damage the quality of your fish and make it unenjoyable. Finally, you should try to avoid anything that is too acidic as it can break down the seasoning of the pan and damage its ability to cook food properly.

Can you braise in cast iron?

Absolutely! Yes, you can braise in your cast iron skillet. In fact, this style of cooking is one of the best things that you can do in this type of appliance. When you braise meat, you get a completely different taste and texture than you do when you cook it using different methods. And braising in a cast iron skillet takes this flavor to a whole new level.

Braising in a cast iron skillet is also incredibly easy. The process is very similar to braising using other types of pans, it is simply the seasoning of the skillet that makes it taste different. So, to braise in your skillet, you simply need to add a little liquid to the skillet and get it to a simmer. You need to maintain this simmer throughout the process so that you get a thorough cook through the whole of your meat.

Once the liquid is simmering, you should then add your meat and begin to cook it slowly on a low heat. With braising, the art is in the time that it takes to cook the meat. It does take a little longer than other methods, but it tastes a lot better for it. Braising in a cast iron skillet can make the meat taste even better as the skillet can hold the heat a lot better than any regular pan, ensuring that it is always cooking, even once you turn down the heat.

In short, yes, you can braise in a cast iron skillet. So, if you have one sitting at home and don’t know what way to cook your meat, then braising it could be a great and alternative way to end up with a yummy meal.

Can you cook rice in cast iron?

Yes! If you want to cook rice in your cast iron skillet, then you absolutely can. Rice is a side dish that can often end up being quite bland and flavorless. But, as you already know, a cast iron skillet is packed with lots of seasoning which automatically transfers to the dishes that you cook in it. In essence, this is the reason why cast iron skillets are such an excellent tool to cook with.

There are lots of different rice dishes that you can cook in your cast iron skillet. You can cook plain rice and simply infuse it with the natural seasonings of your skillet, or you can cook rice and add your own flavorings to it too. If you want, you can cook a whole meal in your skillet, adding rice, meat, and other vegetables as and when you want to.

One of the most popular rice dishes to cook in your cast iron skillet comes from Louisiana, and that is cast iron dirty rice. This dish is incredibly yummy, and it contains lots of different ingredients that pack it full of flavor. Not only do you get the natural seasonings from the skillet that you cook it in, but you also get lots of other flavors too.

This dish usually begins with white rice at its base. To begin with, this rice is seasoned by the skillet itself, and then you begin to add new ingredients to it. You have sweet ingredients from tomatoes, and sharp tastes from onions and spring onions. Then you have a bit of a kick from the peppers that are added into this dish, all finished off with the natural meaty flavor that comes from the chicken livers that are added to this dish.

But, cast iron dirty rice isn’t the only rice dish that you can cook in your skillet. In fact, the opportunities are endless as long as you have rice and a skillet, then you can cook absolutely anything that you want to.

As we said earlier, some delicate fish do not handle a skillet very well. In fact, a lot of delicate meats and ingredients struggle in a skillet because skillets are naturally a more powerful pan. So, before you add your fish into your skillet, you should stop and wonder if this is the right type of fish to be cooking in this pan.

In particular, you should avoid cooking flaky fish inside your skillet. Flaky fish, such as tilapia, or flounder, are prone to breaking apart during the cooking process. These fish could simply fall apart as soon as you add them to the skillet, or it could last a little longer and then fall apart when you flip it. Either way, these are both incredibly frustrating.

But, even stronger fish might struggle with a cast iron skillet. This is why most people tend to stay away from cooking fish in a skillet. For example, salmon, which is a much stronger fish than both flounder and tilapia, can sometimes struggle when they are being flipped. What you might find with this type of fish is that the skin of the fish may stick to the skillet when you cook one side. This can cause it to tear away from the fish, and could damage the overall finish of your meal.

Is it ok to cook soup in cast iron?

One of the main reasons that cooking soup in a cast iron skillet is great, is because skillets are designed for cooking things slowly. While pre-prepared soup can be cooked in just a few minutes, homemade soup tastes best when you cook it slowly over an extended period of time. Cast iron skillets are perfect for this because they are able to hold heat a lot better than stainless steel skillets, ensuring that the soup is constantly cooking while the skillet is on the heat.

The best way to cook your soup in a cast iron skillet is to do it incredibly slowly over a prolonged period of time. This will allow the seasonings of the cast iron skillet to infuse with the different ingredients that you are adding to the soup which will completely transform the overall flavor of your soup.

So yes, it is absolutely okay to cook soup in a cast iron skillet. In fact, you can use your cast iron skillet to cook homemade and pre-prepared soup, and both will taste incredible when cooked.