If you are looking at getting yourself some new cooking equipment, then you might want to consider cast iron. This is a strong and durable material that has been used for a very long time due to its reliable properties.

However, while cast iron does have many great properties, there are also some downsides to using this material, and it is important to be aware of them. Cat iron is a great material for a variety of different reasons, but there may also be some disadvantages to this material that might be a dealbreaker for you.

If you are wondering what cast iron is and what it is good for, then you have come to the right place. We are going to tell you everything that you need to know about cast iron in this article, to give you a better understanding of what you can expect from this material. 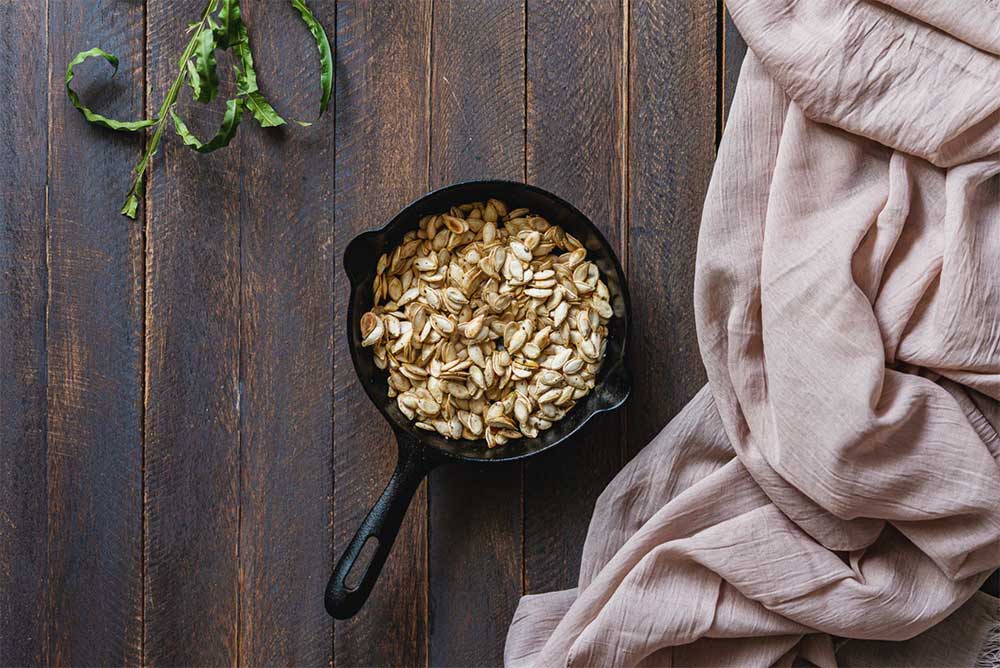 What is Cast Iron?

Cast iron is a generic term that refers to a range of iron alloys, but it is most commonly associated with the most common type, which is gray iron. Cast iron is an alloy that contains around 2 to 4 percent carbon, as well as smaller amounts of both silicon and manganese. Some other impurities, like sulfur and phosphorus are also common.

Cast iron is formed by smelting iron ore or melting pig iron, and mixing it with scrap metals and other alloys. The liquid mixture that is created is then poured into molds and allowed enough time to cool and solidify. Due to the fact that it has a higher carbon content, cast iron will solidify as a heterogeneous alloy, which means that it will contain many different materials and phases within its microstructure. This will affect its physical properties, and this is something that we will provide you with more information on further on.

Cast iron actually has particles within its microstructure that will form elongated graphite flakes once the metal has cooled. Graphite is something that is low in both density and hardness, but it is high in lubricity. This means that it doesn’t offer much when it comes to structural advantages, but it will compromise the surrounding iron matrix. It can create internal stress points that lead to fractures.

Cast iron is brittle, hard, and non-malleable, and it is a material that cannot be bent or stretched, or hammered into shape. It hasn’t got great amounts of tensile strength, which means that it is likely to fracture before it would bend or distort. However, this material does have good compressive strength, which is why it was used for building and construction before the steel industry took over.

In comparison to steel, cast iron has a much lower melting point, and it is much more fluid and less reactive with mold materials, which makes it perfect for casting. The process of creating cast iron requires much less labor than the making of wrought iron, which is why it was widely used in both the 18th and 19th century. However, it was later replaced by steel in the construction industry in the 20th century. Although, it is still used for many industrial applications.

The Main Properties of Cast Iron

Cast iron is a material that has many different properties, and some of these include:

How is Cast Iron Different from Wrought Iron?

Wrought iron is a material that is made up of most iron, with around 1 to 2 percent of additional slag, which is the byproduct of iron ore smelting. This is usually a mix of  silicon, sulfur, phosphorous, and aluminum oxides. When it is being made, the iron will be removed from heat and worked on with a hammer while it is still hot, in order to shape it into its intended final form.

This is a type of iron that is known for its fibrous appearance and the fact that it is softer and more ductile than cast iron. Wrought iron is also known to be highly malleable, which means that it can be heated and reheated, and it can even be worked into a variety of different shapes. Something that you might not have known is that wrought iron actually gets stronger the more it is worked.

Wrought iron has a much higher tensile strength than cast iron, which is why it is more suitable in certain forms of construction. Generally, it is able to strongly resist fatigue, and it can deform without failing, unless it has been loaded beyond its own capacity or distorted through something like intense heat. This is a material that was used often in the 19th century for building and construction, but it was also replaced by steel in the 20th century. In modern day, wrought iron is mostly used for decorative applications.

Unfortunately, cast iron is not the best material to use if you are looking for something that has the ability to heat evenly. This is due to the fact that the thermal conductivity, which is the material’s ability to transfer heat from one part to another, is much less than other metals. It is only around a third of that of aluminum. This means that if you are using cast iron for cooking, it is likely to form hot spots, rather than evenly heating the entire pan.

However, one of the main advantages of cast iron is that it has a high volumetric heat capacitor, and this means that it is able to stay hot once it has heated up. This is something that is really important when you are searing meat. So, if you want to get as much even heating as possible, you will need to place cast iron over a burner and allow it to heat up for at least 10 minutes. You should also move it around during this time to make sure the entire base of the pan is being heated.

Another great advantage of using cast iron is that it has high emissivity, which means that it is able to expel a lot of heat energy from its surface, in the form of radiation. So, even when the material itself is really hot, you could put your hand near it and not feel the heat. So, only food that is directly in contact with the pan is going to heat up.

Cast iron does have non-stick properties, but it is not the best of materials to use for this purpose. You could get away with cooking a variety of foods in a cast iron pan without the food sticking to the pan, but it is not going to be as non-stick as a material like Teflon, for example.

You are probably still going to need to use some oil to stop the food from sticking to the pan at all. If you preheat the pan before you add the food and your pan is well seasoned, then you shouldn’t experience any issues with the food sticking to the pan. However, the older the pan is, the more likely it is to lose its non-stick properties.

A cast iron pan will need to be seasoned when it is new, as the finish is not abraded, and it will not have a non-stick coating. The food is going to stick to the pan if it has not been seasoned. However, once the pan has been seasoned, the food will not stick to the pan, and cleaning the pan will become much easier.

To season your pan, you will need to rub oil into the pan, and then cook the pan in the oven on a low heat for around an hour. Then, once the pan has cooled down, you will be able to wipe up any excess oil, and your pan will then be ready to use.

Ideally, you don’t want to wash a cast iron pan with any soap or detergents, as this will work to break down the oils that you have used to season your pan. In order to preserve this seasoning, you just need to give the pan a wipe over with a paper towel once you have used it. The seasoning should make any food or juice easy to wipe up.

Can You Put Cast Iron in the Dishwasher?