Cast iron skillets are invaluable when it comes to cooking and baking. If you enjoy spending your time in the kitchen making new goodies every week, you need to add a cast iron skillet into your cookware collection.

Within a few cooking sessions, you’ll see why these pieces of equipment get all of the hype that they do. They can be used to make appetizers, main dishes, desserts, and even more.

Cast iron skillets are almost indestructible, lasting seemingly forever without having to be replaced. This makes them excellent value for money in the long run. Plus, they’re versatile and easy to clean after use. There’s nothing worse than having to scrub a pan for hours after eating. 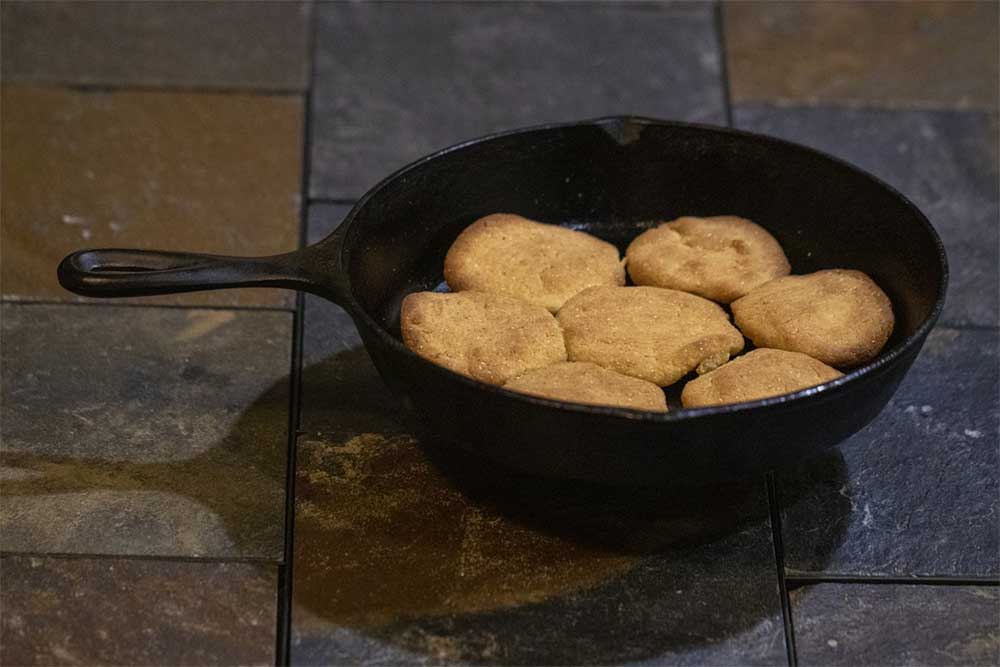 Today we’re going to be looking into these skillets to see whether they’re worth your time. Stargazer cast iron skillets do come with a higher price tag, so are they worth the extra money? Let’s find out.

From what we can gather from the advertisements for both of these skillets, the only difference between the two is their size. The 10.5-inch skillet is medium-sized and ideal for cooking meals for one or two people at a time.

On the other hand, the 12-inch skillet is the larger-sized alternative and ideal for making family-sized meals. This skillet has been named the Popular Mechanics Gear of the Year 2021’s ‘Best Skillet’.

The larger skillet is slightly heavier than the smaller skillet with a weight of 6.5 pounds, with the 10.5-inch skillet being 5.2 pounds. The heavier weighted skillet will be slightly more cumbersome than the lighter one, but you also won’t be able to make as much food in the smaller alternative.

We would advise opting for the skillet correctly sized to how many people you’ll be feeding most nights. While some will opt for the larger skillet in case they have guests over, the added weight can make it unnecessarily difficult to use on a daily basis.

Let’s first look at the design of the Stargazer cast iron skillets. Cast iron skillets are typically designed to look as though they are rustic and could have come from an old western movie. However, Stargazer has opted for a different approach by making its skillets more modernized.

Both sizes of skillet come with the cooking space attached to a long handle and a helper handle on the other side. Don’t let the cast iron handle deter you, as it works well to avoid getting hot throughout the cooking process.

You can touch the end of the handle as you cook without a protective mitt, making your cooking time more enjoyable and safer. Of course, we wouldn’t recommend touching the handle closest to the cooking surface without protection, but you can use the end without hesitation.

We think that the design of this cast iron skillet is lovely and unique to the brand. The star pattern on the helper handle allows you to instantly recognize the brand without it being too obnoxiously featured over the entire skillet.

Other than the star on the helper handle, there’s not much else to write home about in terms of design. The color is seamless across the entire cast iron skillet. If you’re looking for an understated skillet, the Stargazer options might be the right ones for you.

The cooking surface of both of the Stargazer cast iron skillets looks smooth, although the brand states that this is incorrect. Instead, the cooking surface is micro-textured which allows it to grip onto your seasoning so that it can be used to the best of its ability as you cook.

Instead of all of your seasoning being lost within minutes of cooking, these skillets manage to hold on well to the seasoning. The cooking space comes with a rim that prevents any food from being wasted when pouring it from the skillet.

These cast iron skillets are completely non-stick and therefore easy to use throughout the entire cooking process. Overall, we were pleasantly surprised with the cooking surface considering that it looks completely smooth when you first unbox it.

The cast-iron skillet is known for taking its time to heat up, but once it’s at the desired temperature, it will retain the heat well. This is true for all cast iron skillets, although the Stargazer options are slightly thinner than others on the market.

We were slightly skeptical about this, to begin with, but once we cooked with the skillets we found that the thinner material wasn’t an issue. The heat remained consistent throughout the cooking surface and we didn’t have to navigate any cold spots.

We found that the Stargazer cast iron skillets were sublime at searing meat as well as baking cakes. Although we might not want to bake cakes with our skillet every time, it’s good to know that these skillets have the versatility to cook more than just meat.

Stargazer offers you the choice between a bare finish vs a seasoned finish. The bare skillet is good for people who want to use their own seasoning methods before using it. This is best if you prefer your own seasoning over the typical blend that is commonly used with cast iron skillets.

The seasoned finish has already been seasoned with two coats of an oil blend made from canola, sunflower, and grapeseed oil. This blend is GMO, kosher, and vegetarian-friendly. You can use the seasoned skillet to cook with as soon as it comes out of the box, while the bare finish will need to be seasoned by you before using.

As we’ve already mentioned, the Stargazer cast iron skillets are completely non-stick, making the clean-up process so easy after using them. As long as the skillet is completely seasoned, the cooking surface remains nonstick and easy to use.

A few minutes of gentle scrubbing the cooking surface removed every scrap of charred food. However, this wasn’t too much of an annoyance considering how much we had used the skillet to cook. Plus, we were expecting the clean-up process to be much longer so the ease of cleaning was a welcomed surprise.

For the best results, replenish the seasoning after washing the skillet. Apply a small layer of oil on the cooking surface before putting it away so that it is ready for the next time you want to cook.

The more you do this, the more seasoning you’ll build up in the long run. Over time your cast iron skillet will be completely seasoned, only getting easier to use as time goes on.

If you can get a skillet from a reputable brand for half the price of the Stargazer one, why should you opt for the latter? Well, the price isn’t a deal-breaker for everyone. Some people prefer to look at the design or convenience of use, which the Stargazer skillets excel in.

Some people will opt for a cheaper model, but we like the Stargazer cast iron skillets and think that they are worth the money. You get what you pay for, and these skillets will last you a long time from here on out.

So, what are the pros and cons of the Stargazer cast iron skillets? If you’re still undecided on whether you want to try one of these skillets out for yourself, hopefully, this section will help you with your decision.

Overall, we think that the Stargazer cast iron skillets are high-quality pieces of equipment that any kitchen could benefit from having. They’re attractive, easy to use and clean, and cook a range of foods effortlessly.

We particularly like the fact that Stargazer will ship your skillet out to you pre-seasoned so that you can use it right out of the box. It’s also easy to reapply the seasoning when you need to, making it non-stick and easy to clean.

The price of these skillets could be slightly lower, but we think that the quality explains the higher price point. Plus, the long list of benefits outweighs the drawbacks. Overall, the Stargazer cast iron skillets would be an asset in any kitchen around the world.