Seasoning is a very important part of owning a cast iron skillet. It helps to keep the surface of the pan clean and prevents foods from sticking to the skillet during cooking. The seasoning process involves coating the skillet in a layer of heated oil. This will then create a barrier layer to protect your skillet and extend its lifespan.

If you have seasoned your cast iron skillet and still notice things sticking, there are some hacks that you can try to fix this. If it has been a decent period of time since you last seasoned your skillet, repeating the process may solve the issue. 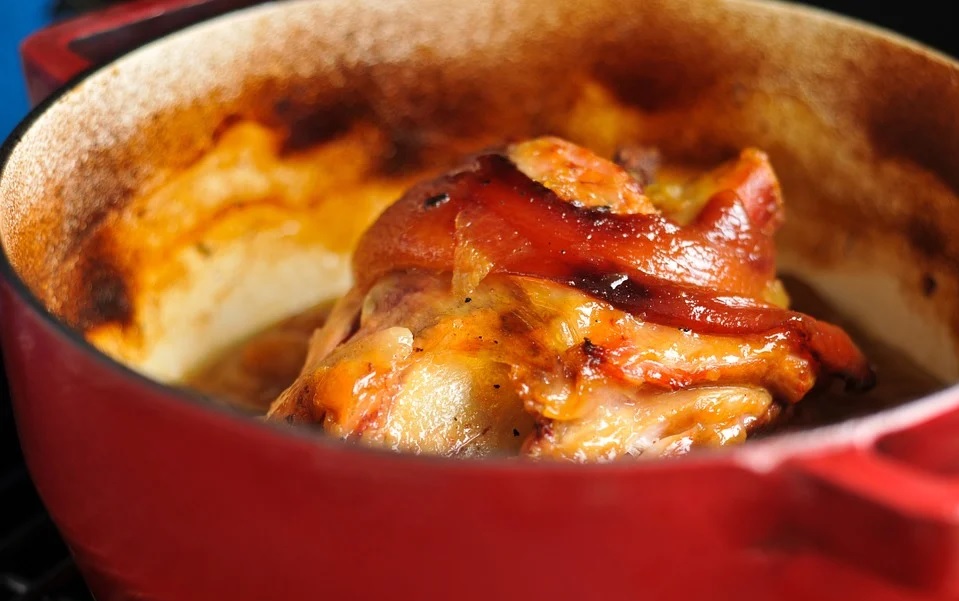 Your cast iron skillet should not be sticky after the seasoning process has been completed. If it is sticky, this indicates that the oil has not polymerized correctly onto the skillet. The likely cause of this is that you have used too much oil, or you have seasoned using an oil that is high in saturated fat.

Using too much oil means that there is not enough contact between the oil and the metal. This prevents polymerization from occurring and leaves you with a tacky surface.

Why is it important to season your cast iron skillet?

You will need to season your skillet before you use it for the first time. There are some that you can purchase that come pre-seasoned, such as this one from Uno Casa. They are ready to use straight from the box and are a great choice if you do not want to season your cast iron yourself.

As the oil is heated in the pan it comes into contact with the metal and oxygen from the air. In the presence of heat, this forces the oil to undergo a process known as polymerization. This is where the oil polymers break down and bond to the surface of the metal.

This is what creates the protective coating on the cast iron skillet. This not only makes the skillet non-stick but will also be very effective in protecting against rust.

Many modern cast iron skillets will be dull, dark grey in color, and rough to the touch when you purchase them. This roughness did not use to be present, as older cast iron pans were polished to a smooth finish before being sold. Nowadays the irregular surface creates lots of small dips and ridges for food to get trapped inside. This means that food will stick to the pan, making it a nightmare for you when you try to cook.

What oil do you use to season a cast iron skillet?

The optimal oil for seasoning is a matter of personal preference. Every person will swear by a different oil and criticize heavily all of the other options. Many people, especially older people, will swear by bacon grease or lard. These were the easiest to get hold of back in the day, and both fats are very cheap to purchase. Over time, this ease of acquisition has turned into a tradition.

The best oil to season your cast iron skillet is one that contains a high level of unsaturated fat. These polymerize much more efficiently on the surface of your pan and will season it much better. This is because they can bond more readily with the metal than saturated fats.

Another factor to consider when choosing an oil is the smoke point. This is the temperature at which the oil breaks down and begins to smoke. Polymerization does not occur until the smoke point has been exceeded. If your oil has a smoke point that is too high, you will not be able to season your cast iron skillet properly.

How do you season a cast iron skillet?

The seasoning of a cast iron skillet is not a one-time thing. We recommend repeating the process a few times to build up multiple thinner layers. The combination of these layers provides much more durable and effective protection than a single, thicker layer. Many people choose to cook predominantly fatty foods in their cast iron skillet for the first few months. The fat that is released helps to further season the skillet, making the non-stick properties even more efficient.

You should first rub coarse salt all over the interior of your skillet. This will help to create a smooth surface and will clean off any manufacturing residue. Use hot and soapy water to wipe the inside clean and then dry it completely.

You should also coat the exterior of the skillet and the handle in oil. This is not as vital for the maintenance of your cast iron skillet as seasoning the inside, but it will help to prevent rust from forming.

Heat your oven to a temperature that exceeds the oil’s smoke point, around 450 degrees Fahrenheit. You can do this on a stovetop, but the heat is not distributed as evenly. Place your skillet upside down inside the oven to allow excess oil to drain out.

Leave the skillet in the oven for 30 to 40 minutes, until the surface of the metal has turned black. You will see smoke coming off the pan and will begin to smell the oil about 15 minutes in.

Can I cook in a sticky cast iron skillet?

You can, although this does not mean that you should. If you notice your cast iron skillet is sticky we suggest cleaning and reseasoning it before using it to cook in. Cooking in the sticky skillet will allow food to cling to the surface and makes it even more of a chore to clean.

As we have mentioned, every time you cook in your skillet the fats will melt and create a new layer of seasoning on the surface. If the skillet is sticky then this will not allow new seasoning layers to form as there is a barrier between the metal and the food.

If your skillet is sticky, then it is not adequately covered in a protective coating. This means that the metal may begin to rust as the iron interacts with the air. This is not dangerous to your health but can impart a metallic flavor to your dish. Some people may just accept this, but take it from us, it’s not a good taste.

How do I clean a cast iron skillet that is sticky?

The easiest way to clean a sticky cast iron skillet is to pour in some coarse sea salt. Use your fingers to rub it into the pan and you will instantly notice the sticky layer eroding off. If you do not want to use your fingers, you can use a non-abrasive sponge. Rinse the skillet well with hot water and a clean cloth.

If this is not sufficient, heat your oven to 300 degrees Fahrenheit. Allow your cast iron skillet to sit inside the oven for an hour, to soften the layer of grease. Once this time has passed, remove the skillet from the oven and use a clean and dry cloth to scoop out the softened fat. Spread the remnants evenly across the pan to season it.

If your skillet is sticky due to a build-up of residue, you will need to use a little more elbow grease to fix it. Grab a scraper and use this to remove as much residue as you can from the interior of the pan. If it is difficult to remove, pour in an inch of boiling water and allow it to simmer on the stovetop for around 5 minutes. Go back into the pan with the scraper, and try to remove any more residue. Dry thoroughly and season as per the instructions above.