If you are thinking of purchasing a cast iron skillet, or cast iron cookware, then you will need to know everything there is to know about this. Luckily, we have all of the information you need regarding cooking with cast irons, and how to use them correctly.

If you are on the fence about buying a cast iron, then you have probably heard some debate about whether cast iron has a non-stick surface or not, and whether you should just rely on the non-stick cookware instead.

Cast iron cookware is actually incredibly versatile, and you can use it to stir fry your favorite veggies, fry chicken, sear a steak, bake a cake and cook many other recipes! So what exactly is cast iron, and how does it compare to non-stick pans? That’s what we at Cast Iron Skillet are here for to answer all of your burning cast iron questions. 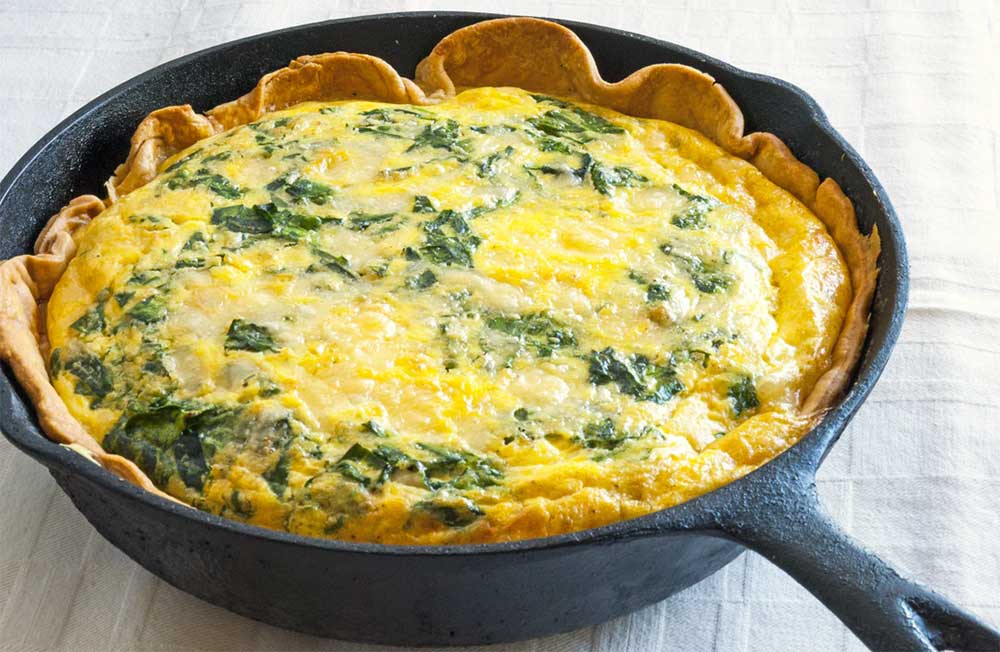 What is cast iron?

Cast iron is basically just iron that has been melted, moulded and allowed to cool. The results are strong, durable and long lasting. This is why cast iron is now often used for cooking utensils, pots, pans and skillets.

Cast iron is a very heavy duty cookware that is perfect for cooking a wide variety of foods. The nature of cast iron means that it is extremely effective, durable, and most valued for its ability to retain heat, and cook at very high temperatures without getting damaged.

What is even better about cast iron cookware is that it really does get better with age, and can be used time and time again. In some ways, you can see cast iron cookware as an investment as it will last you through years and years of cooking your favorite homemade recipes! When we say durable, we really mean it. A good, well cared for cast iron skillet can outlive you, and be passed down through generations of families!

In addition to this, cast iron has a great thermal density meaning that it can remain hotter for longer, yet is still incredibly long lasting. Our favorite thing about cast iron is how easy it is to clean. Let’s face it, no one likes to clean up the dishes after cooking a delicious meal. Cast iron cookware makes clean up time a dream.

Cast iron cookware comes in all different shapes, sizes and forms. For instance, you can purchase a cast iron skillet for frying and stir frying, or a cast iron dutch oven
for stewing, boiling or brewing, or even a cast iron griddle for grilling. Cast iron is used in so many different cooking utensils for its versatility, strength, heat retention and sturdy, long lasting nature.

One of the biggest appeals of non-stick pans is that you do not have to use much oil and fat that you would normally use in your cooking. This is because meats, veggies and other ingredients do not burn and stick to the bottom of the pan. This technology is revolutionary, as you are cutting down your oil intake massively. So, it’s no surprise you are wondering if cast iron is non-stick too.

Yes, cast iron is actually naturally non-stick, and so it does not need oiling before using. However, if you want your cast iron to cook foods properly, and not make them stick to the pan, then you will have to season your cast iron effectively.

How to season a cast iron?

In order to maintain that non-stick quality on your cast iron skillet or cookware, you will need to ‘season’ it properly. Seasoning a pan means to create a slick coating on the bottom of the pan by baking multiple layers and coats of oil onto it. This will then prevent any ingredients catching, burning or sticking to the surface, and will also protect the pan from getting damaged or rusty.

To season a cast iron, you are going to need to rub it with a very thin coat of food grade oil such as sunflower oil, or other vegetable oils. Coat the cast iron skillet or pan with this oil, and then rub it off with some paper towels or a cloth.

You should be left with a cast iron skillet that looks like it has no oil on it, but there will be a very light layer left as oil is hard to remove entirely. Once you have done this, you should place the lightly oiled cast iron skillet upside down in the oven with some aluminum foil on the bottom in case any drips off.

Then, heat the pan in the oven with the temperature up to 450 or 500 degrees fahrenheit, and leave it for about 30 minutes. This will bake the oil coating into the pan, ready for when you are going to use it. Once this is done, take the cast iron skillet out of the oven, and leave it to cool down by itself at room temperature.

It is recommended that you do this a few times to really season the pan, and ensure that it has its non-stick properties. We recommend that you do this three or four times for the best results. This will give you a smooth, non-stick cooking surface to use next time you cook with your cast iron skillet or pan!

With a properly seasoned cast iron skillet, water cannot penetrate the surface, and so it will not rust, and will not get damaged soon! However, the cast iron will be a little discolored, and after a few uses, the skillet should turn black, which is a sign of a well seasoned cast iron!

Keep in mind that you should never expose the cast iron to extreme temperature changes. For instance, if you have been frying at high temperatures, then you should not then run very cold water in the pan as this can cause it to crack, or lose its integrity and quality. You should also never put your cast iron in the dishwasher as this can warp or crack the cast iron, and will remove the non-stick seasoning and surface that you worked so hard to get.

For many cooks and chefs, a cast iron is way better than a non-stick pan. This is because the non-stick quality comes naturally due to seasoning, rather than a synthetic non-stick coating. The coating used on many non-stick pans are chemically made, and can be dangerous when consumed.

For instance, some Teflon non-stick pans can release a toxin called PFOA or perfluorooctanoic acid, which can be toxic, and can increase the risk of cancer. As a result, cast iron cookware is much safer, as they have a naturally occurring non-stick coating.

In addition, we have been using cast iron for cookware for centuries, for its heat retention qualities and long lasting, reliable nature. You can really heat up a cast iron and expose it to extremely high temperatures without worrying about it warping or becoming misshapen.

On the other hand, non-stick pans can lose their coating, and the non-stick surface can degrade under extreme temperatures. They also do not conduct heat as well as cast iron skillets, and so you will get a better cook and sear if you use cast iron instead.

By far the best quality that cast iron has that non-stick pans do not is the ability to go straight from the stove into the oven. You simply cannot do this with normal pans, as they cannot handle the heat in the oven.

There are many benefits of using cast iron pans and cookware rather than other types of cookware. The main benefits are that they can be used in a variety of ways, are incredibly versatile and can bake, fry, stir fry and cook foods to perfection.

In addition, cast iron skillets and pans are extra tough, and hard to break. They will last much longer than all of your other kitchen utensils and pans! Trying to get rid of a cast iron pan will not be easy!

Another added bonus of cast iron cookware is that once it gets hot, it stays hot and retains heat very well. This makes it the perfect partner for cooking and searing meat. Trust us on this one, once you cook a steak in a cast iron skillet, you will never go back to normal non-stick pans.

Whilst cast iron can take a while to warm up, it does keep that heat perfectly, and for a very long time. You really can rely on the cast iron for its accuracy. What is even better is that as cast iron is made with iron (no surprises there), your food can actually absorb some iron when you cook, which is an extra added bonus and nutrient for you to enjoy!

Our favorite thing about cast iron skillets is that everytime you use them, and as they age, they just get better. The more you use the cast iron, the better seasoned they are, which means that you are improving that non-stick quality and the quality of your meals every time you cook with one. What’s not to love?