Yes, you can steam cook in a cast-iron skillet. Steaming is a cooking technique that is often overlooked thanks to the bad reputation the food gets. When food is poorly steamed, you’ll be left with limp vegetables and fish fillets that no one wants to touch.

Let’s look into cast-iron skillets and why they’re so good for steaming your ingredients in. 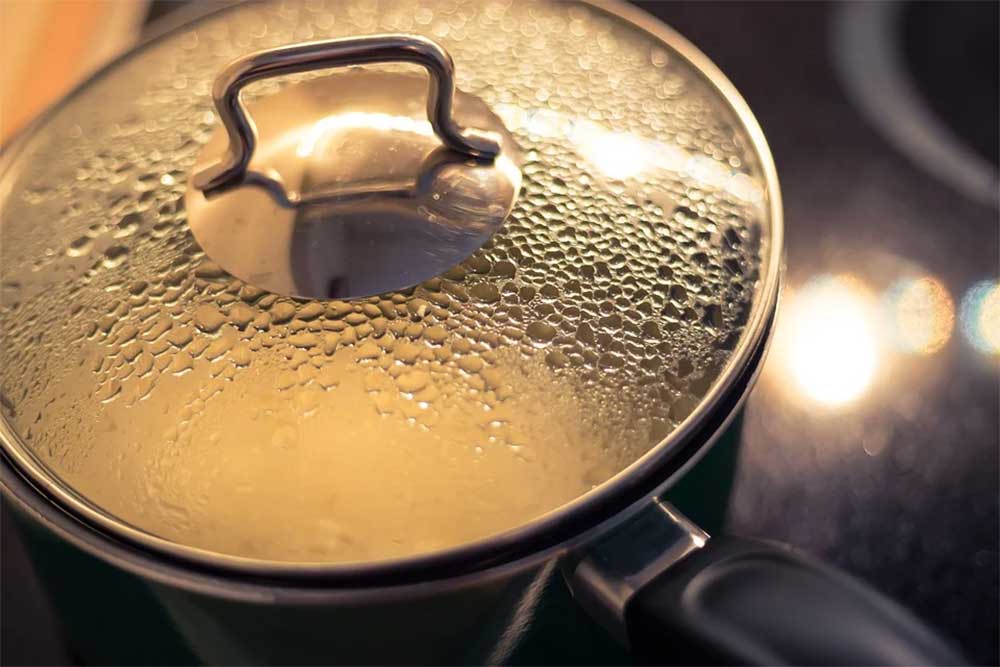 Many people love using cast-iron skillets for a number of reasons. They’re sturdy and long-lasting pans that you can use for almost anything, from searing meats to baking cakes. They’re durable, useful, efficient, and not to mention very aesthetically pleasing.

However, many people still steer away from their cast-iron skillets as they don’t know how to use them properly. You need to use them in a certain way that other pans don’t require, and you’ll need to take care of them between uses. Don’t worry - this sounds more daunting than it really is.

Once you learn a little about cast-iron skillets, you’ll be able to put your knowledge into practice and get better at cooking with your skillet.

Cast-iron skillets are made from durable materials and need to be seasoned before being used. This allows them to be non-stick and flavor your food much better than a normal pan would.

This type of skillet takes a while to warm up, but once it does it remains at the optimal temperature throughout the cooking process. There will be no cold spots so that your food can cook evenly and quickly.

In conclusion, we love cast-iron skillets and we think that everyone else should too.

Steaming Vegetables in a Cast-Iron Skillet

Steaming vegetables can quickly become limp and soft due to their high water content. While this might be desirable for babies and toddlers, many adults prefer more of a crunch to their veggies.

A skillet is a perfect tool for achieving this result. First, you can sear the vegetables in the hot skillet before steaming them.

All you need to do is bring the cast-iron skillet up to the desired temperature before adding your vegetables of choice. Sear them in a little bit of oil for five to seven minutes or until the bottom of the vegetables are dark brown.

Turn the vegetables over and add half a cup of water to the skillet. Enjoy the sizzle, cover with your skillet lid, and cook until the vegetables are tender and the water has completely evaporated.

This method can be used for many different vegetables, but we love using broccoli, Brussel sprouts, green beans, and cauliflower. You can also sear and steam protein sources such as fish and chicken.

Steaming Rice in a Cast-Iron Skillet

If you don’t have a rice cooker and want to use a more adventurous way to cook your rice, you can use a cast-iron skillet. Cooking the rice in a cast-iron skillet with butter and olive oil allows the grains to become translucent with a nutty smell.

Stir in some stock and cover the skillet, allowing it to boil before reducing the heat and waiting for the liquid to be absorbed. Steaming the rice before adding the stock allows the rice to get even more flavorful than the stock allows.

If you’ve never tried steaming rice in a cast-iron skillet, we highly recommend it the next time you’re making a rice dish. If you’re feeling more adventurous, you can attempt a more difficult dish such as tahdig.

Steaming Egg in a Cast-Iron Skillet

We know what you’re thinking - how and why would you steam an egg? Well, the steam surrounding the egg allows the whites to set from all angles, avoiding having an inconsistently cooked egg.

Plus, the skillet allows the bottom of the eggs to get incredibly crispy without being burned. If you’re trying to cook an egg in a frying pan, you’ll know all too well about how difficult it can be to make your egg cooked thoroughly without having a blackened bottom and a slimy top.

Luckily, with a skillet, these issues are all in the past. Simply crack your eggs into a hot cast-iron skillet and sprinkle a few drops of water in before closing the lid. Allow the eggs to cook for a few minutes before checking them and enjoying a revolutionary way of cooking eggs.

Steaming Meat in a Cast-Iron Skillet

We have already touched upon this earlier with the sear and steam method. However, you might have missed it so we’ll quickly go over it again. Steaming allows the meat to cook thoroughly without toughening it up too much.

For example, cooking beef in the oven can quickly dry it out and leave you needing a jug of water to finish your meal. Steaming, on the other hand, is a moist heat cooking method that allows the moisture to remain inside the meat rather than being cooked out.

Searing your meat is important to reduce the cooking time, as steaming an entire joint of meat can take a while. So, sear the meat first to give it a good head start. Once the meat has been seared, add in water or stock to the cast-iron skillet and allow it to all be soaked up or evaporated.

This method can work for all sorts of meats, such as beef and lamb, poultry such as chicken and turkey, and fish like salmon and tuna fillets.

Always make sure that your meat is cooked thoroughly before serving. If it’s not quite done but there is no more water left within your skillet, simply add some more liquid and wait for a few more minutes.

To conclude, steaming in a cast-iron skillet is not only possible but very enjoyable with great results. If you’ve not yet found this out for yourself, what are you waiting for?