When it comes to essential tools that every kitchen should have, a cast iron skillet should always rank near the top of the list. Cast iron skillets can be used for a variety of purposes and can be used on both the stove and in the oven. Not only are they durable and effective, but they are also reliable, non-stick and chemical-free too. What more could you ask for?

Cast iron skillets have been around for a very long time. In fact, you can trace their lineage throughout human history, with the first recorded use of a cast iron skillet dating back to the early 5th century. However, this does not mean that their reputation is entirely glowing. Cast iron skillets have always had their naysayers and doubters. People whose suspicions and opinions have been primarily misinformed by old wives tales and urban legends. 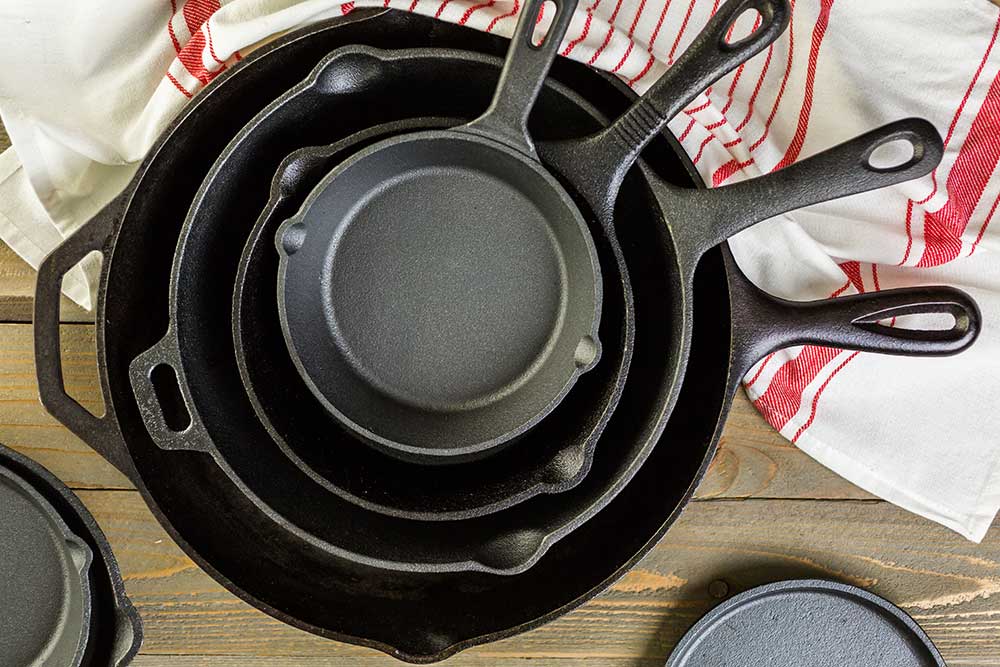 This is why we have decided that enough is enough and that it is time to finally debunk some of these opinions once and for all. So if you’ve ever wondered how many cast iron skillet rumors are actually true, take a look down below and find out today.

Can You Wash Cast Iron?

One urban myth that still persists to this day is the one that says you should never wash your cast iron skillet with soap. Although this may sound ridiculous when you read it out loud, it does actually stem from a very rational fear. In this instance, the fear of washing away your cast iron skillet’s seasoning, leaving it damaged beyond repair. However, before we can tackle this particular rumor, we must first explain what seasoning even is.

Seasoning is a process that all cast iron skillet owners should implement before using their skillet for cooking. The process involves treating the surface of the pan with heated oil or fat, allowing it to produce a thin layer of coating that is both non-corrosive and non-stick.

By following this process, you are able to make your skillet resistant to various damaging conditions, such as rust. Seasoning also assures that food will no longer stick to the inside of the pan. Making the skillet’s surface completely stick-resistant and ready for use.

How Do You Season A Skillet?

There are many different ways to approach seasoning your cast iron skillet. However, the most common method has been detailed in the following steps:

2. Rub Your Skillet With Oil: Once the pan is clean and dry, take some cooking oil and begin rubbing it all over the pan. This includes applying oil to the interior, exterior and handle of the skillet. It is very important that you make sure the oil has been rubbed thoroughly into the metal until the pan no longer looks greasy. This is to avoid droplets of oil from hardening during the seasoning process.

3. Place Your Skillet In The Oven: After you have applied and buffed the cooking oil, you must then place your skillet on high heat. Although this can be done using either the stove or the oven, we advise using the oven for an even heat that will effectively polymerize the oil. You must allow the skillet to sit in the oven for about 30-40 minutes.

4. Repeat This Process: When the 30 minutes is over, you can take the pan out of the oven and begin the whole process again! Unfortunately, one layer of oil is not enough to complete the seasoning process and you must repeat the described method 3-4 times if you want to see some results. Once you have finished this, you can let the pan cool down and start cooking.

How Does Seasoning Work?

When you apply layers of oil to your cast iron skillet and then heat those layers up, you are activating a chemical process called polymerization. Polymerization is a chemical reaction that transforms monomers (the oil) into polymers, which in turn creates a hard layer of coating that is molecularly bonded to the metal of the pan.

This layer of coating is often referred to as the patina and it is capable of protecting the pan from oxygen and moisture, assuring that the skillet does not erode or rust. The patina itself will often take on a brown or black hue, which will begin to darken the more you use your skillet in the kitchen.

Now that we have explained what seasoning is, you may understand some people don’t want to risk scrubbing it away. Not only does seasoning protect your cast iron skillet from various elements, but it also takes time and effort to create. But the good news is that you can still wash your skillet even after it has been seasoned.

As we have previously mentioned, seasoning is a form of polymer which means that you have a thin, plastic-like material coating the inside of your pan. Because of this, the seasoning will remain unaffected by substances such as dish soap. This allows you to clean your skillet without having to worry about damaging your pan or the seasoning.

Can You Soak Cast Iron? 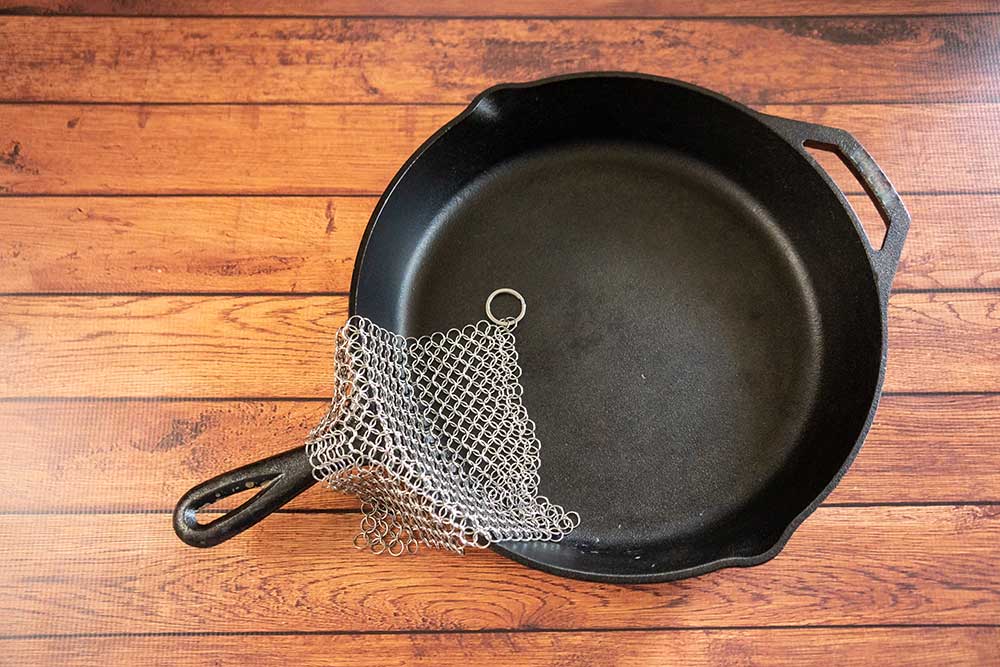 Unlike our previous myth, the dangers of soaking your skillet for prolonged periods of time are actually very true. When you soak your skillet, you are exposing it to water for longer than is necessary and therefore increasing the chances of your skillet beginning to rust. Even a well-seasoned skillet is capable of rust after it has been allowed to soak in water, which is why we advise cleaning your skillet by hand.

But what is the best way to wash your skillet? Check out our handy step-by-step guide and find out.

How To Wash Cast Iron

Washing your cast iron skillet may sound like a daunting task, especially with all the things you have to keep in mind. That’s why we have put together a simple and easy guide for washing your skillet in a safe and efficient manner.

1. Don’t Wait: You should make sure to wash your cast iron skillet almost immediately after use, especially if the pan is still hot or warm. By doing this, you can reduce the risk of your pan suffering any stubborn or permanent stains. Never soak or leave your pan in the sink, as this may lead to rust.

2. Use Hot Water: You should always wash your skillet by hand, using hot water and a sponge or brush. Try to avoid using dish soap or steel wool as these could damage the skillet’s seasoning. Although a small amount of soap can be useful when dealing with more serious stains. Do not put your skillet in the dishwasher!

3. Scrub Off Food: When you wish to remove serious stains or stuck-on food, scrub the pan with either soap or a mixture of water and salt. After you have done this, you can then rinse the pan and wipe away any stains with a paper towel. More stubborn stains can be loosened by using boiling water.

4. Dry Your Skillet: After you have washed and rinsed your cast iron skillet, you must make sure that you have dried it thoroughly. Why? Because even a small amount of residual water left on the pan could lead to the risk of rust. So make sure you thoroughly dry the pan using a towel. You can even dry it by placing the pan over low heat for a few seconds.

5. Buff And Put Away: Once the pan has been dried, you should consider buffing the metal with oil to help assure the protection of your pan and its seasoning. You can do this by applying some cooking oil to a cloth and rubbing it into the surface of the pan. Make sure that the pan has lost all greasiness before putting it away in the cupboard.

If you follow these instructions, we guarantee that your cast iron skillet will always be ready for use. And that it will remain safe and protected from damaging elements such as rust and erosion.