Although it’s widely believed that wine should never be used for cooking on a cast iron skillet, this isn’t true. Wine can be used to cook with a cast iron, but only if handled with care. Otherwise, you risk ruining the meal and damaging your skillet.

The issue with wine in a cast iron is based on the level of acid. It’s recommended to largely avoid using foods with a high acidity level - such as wine, tomatoes, and vinegar - when cooking with a cast iron. There are two key reasons behind this. First, the acidity is able to break down the seasoning of the cast iron quicker, damaging the non-stick surface. Second, when the acidic ingredients are cooked on a cast iron for a long time, trace amounts of metal degrade and loosen. These metals are then absorbed by the food. While it isn’t dangerous, it can give a metallic taste. 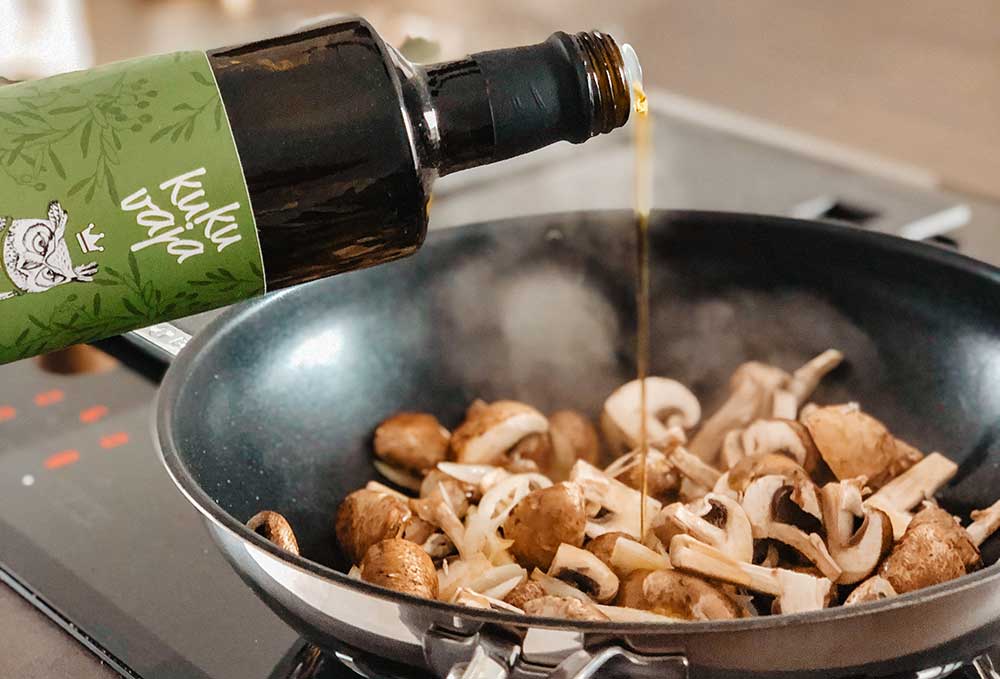 Both of these reasons are true, and something you need to be aware of when using a cast iron. Cast irons are best for searing foods, rather than the slower simmer of a sauce. However, some wrongly believe that acidic foods such as wine should never be used on a cast iron at all, and this isn’t true. Wine can be used on a cast skillet, you just need to be careful.

When you cook with a cast iron, the surface your food is touching isn’t actually the iron itself. Instead, any ingredients should only come into contact with the seasoned surface. Seasoning is when oil is applied to a cast iron and baked on to form a durable, sleek finish.

This is what gives the cast iron its non-stick properties. With usage and time, this seasoning wears away regardless. However, if this surface is regularly exposed to acidic foods, such as wine, it degrades faster. Anyone who wishes to greatly prolong the life of their seasoning will likely steer clear of cooking excessively with wine. That doesn’t mean it can’t be used at all.

A glass of a bold red wine is the ideal accompaniment for rich red meat. The acidity and warmth cuts through the butter texture of beef. This is true in the glass, but it echoes in sauces. A perfectly seared steak may need little accompaniment, but it’s hard to go wrong with a pairing of a red wine reduction. And when you’ve finished cooking your steak, no one wants to leave all those lovely meat juices in the pan, ready to be drained away.

With any other type of skillet you probably wouldn’t give it a second thought before swirling around a glass of red wine. However, the horror stories of ruined cast irons may steady your hand when you go to deglaze. If you’re planning on doing it every time, this could be a problem. Only on special occasions? Then go ahead. Leave the fat behind to provide that extra layer of protection, and once you’ve finished serving, wipe the wine away immediately.

A cast iron should be cleaned quickly after every use regardless, so you should be in the habit of a fast rinse by now. Wash off the last of the wine with hot water and a gentle cloth, and dry the pan thoroughly. The seasoning should stay strong, and your sauce should taste great.

Cast iron can be reseasoned, and all cast irons seasonings will eventually need to be stripped back and reapplied. However, you want to avoid doing it too often. The best foods to cook in a cast iron are fatty foods that need searing. Most of these probably aren’t going to require a long simmering wine anyway. Because of this, the rare occasion when wine is a small addition probably isn't going to lead to significant damage.

Especially delicate and flaky white fish. Even an incredibly well seasoned cast iron can still get tricky fish skin stuck to it. It’s recommended that if you do intend to cook fish in a cast iron, you should use it a few times with fatty meats to build up a greater seasoning. So if you choose to serve a white wine sauce with your fish, you’re probably using a cast iron with a durable seasoning already. We still wouldn’t recommend trying it regularly, but once or twice is unlikely to hurt.

Many of the foods we choose to cook with wine need a slow simmer, something that a cast iron isn’t ideal for. Cast irons get hot and stay hot, which is why we choose them for steaks. A sauce left bubbling won’t be the same when cooked in a cast iron. Add in acidic ingredients, and the sauce will take on a new taste again. Any acidic sauces left to simmer for 30 minutes will likely have a metallic undertone that’s simply unpleasant.

If you are making a lighter sauce or a risotto in your cast iron, you may choose to add wine. The best way to do this is to add the wine closer to the end of cooking, where it can still absorb into the ingredients without the long simmer. The wine ratio should also be considered. A splash of wine in a risotto will hardly touch the iron, compared to a wine based sauce.

Wine can be used in a cast iron, but it should be used sparingly. The acid in the wine is able to break down the seasoning of the pan, degrading the non-stick surface and releasing a metallic flavoring. Wine in a cast iron isn’t dangerous, but it can taste unpleasant when simmered for a long time.