Cast iron pans are found in the kitchens of many. As a versatile pans, they can be used for the majority of cooking applications. The dense material is effective in retaining and distributing heat and is robust enough to deliver long-lasting use. Although many of us tend to cook a range of foods in our cast iron pans without a second thought, there are certain ingredients that should not be cooked in them, tomatoes being one of these items.

Tomatoes can be cooked and added to a variety of dishes, however, due to their acidness, they aren’t recommended for cast iron cookware. Now you may be curious about the reason behind this, I mean what could be so harmful about tomatoes that you should avoid cooking them in your cast iron cookware. 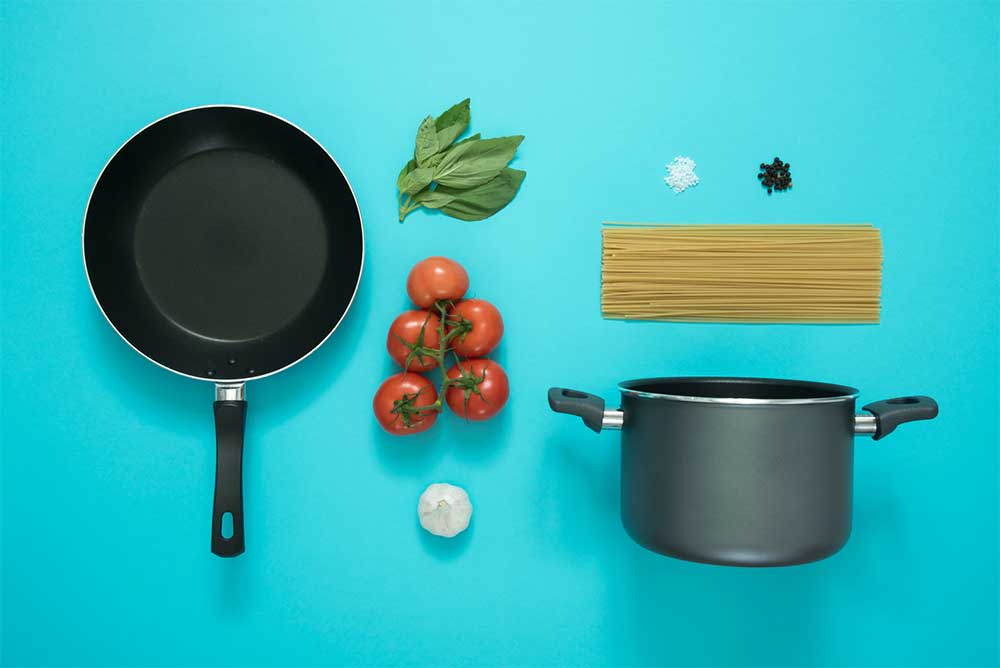 As mentioned, tomatoes are highly acidic. When cooking acidic ingredients in cast iron, there is a risk of trace amounts of iron molecules transferring into your food. Whilst this isn’t going to be hugely harmful to your health, it is likely that you will be able to taste metal when eating your food and this isn’t going to be particularly pleasant. Aside from this, the acid in the tomatoes can cause the seasoning on the surface of your pans to break down.

The majority of cast iron pans are seasoned through a process of polymerization. This gives them their black appearance and can also enhance their longevity by preventing them from rusting. Over time, this seasoning will gradually release and the pan will eventually possess non-stick properties. There are some acidic foods that your pan will be able to cope with but it depends on how long they are going to be sitting in it. For example, if you are cooking up a recipe and require an acidic ingredient for flavoring, if it is only sitting in the pan for a short period it is unlikely that you will notice a drastic difference in the quality.

If you are a tomato lover but also possess an assortment of cast iron pans, you may be a little deflated to learn this, fear not because there are some instances where you can cook tomatoes in your cast iron cookware. It is possible to saute tomatoes in a cast iron pan so long as you are careful when doing so. To create a sauce that doesn’t have as much of a noticeable metal flavor do not allow the tomatoes to remain inside the pan for too long. Tests that have been conducted show that tomatoes that have been in a cast iron pan for around 15 minutes aren’t likely to have developed this unpleasant taste yet.

However, if they are left to sit in the pan for around 30 minutes, they are likely to taste a lot more metallic. Once you have finished cooking your tomatoes in your cast iron cookware you should then remove them and put them straight into another container. It is also worth noting although the acid of the tomatoes will cause the iron molecules of the pan to loosen, should they transfer to your food, there aren’t any major health concerns associated with this.

For some individuals, too much iron can be harmful so you will need to be cautious of this. If you can overcome the slight metal taste you needn’t worry about suffering from harmful side effects. You should also consider the age of the pan. With older pans cooking tomatoes may not be an issue, however, if you have recently purchased a new pan that you have yet to break in there is an increased chance of the acidness of the tomato eroding the seasoning.

To prevent the tomatoes from affecting the quality of the cast iron, you must make sure that it is adequately seasoned. A sufficiently seasoned pan is more likely to withstand the acidic content of tomatoes as it will stop them from reacting with the iron. If your pan is poorly seasoned, you may wish to use a different type because it isn’t going to be as effective in withstanding the acid.

For those who are planning on making a dish where the tomatoes need to be simmered for most of the day, it is worth opting for a pan that is enamel-coated. Unlike cast iron, enamel-coated pans and skillets can cook acidic ingredients like tomatoes for any amount of time.

There are also a few other acidic foods that should not be cooked in a cast iron cookware. Similar to tomatoes, wine and lemon can affect the quality of cast iron, however, it is unlikely that the dish will use either of these as base ingredients, instead they are likely to be added to enhance the flavor and richness of the recipe.

Should you notice a difference in the quality and appearance of your pan after cooking tomatoes, e.g it’s slightly discolored, you can clean it using baking powder. Not only will this help to restore the quality but it will also neutralize the flavors of the foods that you have cooked so that they aren’t noticeable when you use the pans to cook the ingredients for your next dish.

There are many myths relating to cast iron cookware and how it should and shouldn’t be used. If you intend to use your cast iron pans to cook tomatoes, you should do so cautiously. Although cast iron cookware can retail for relatively affordable prices this doesn’t mean that you want to find yourself replacing it constantly because your cooking habits have caused it to break down in quality.

The amount of time that the tomatoes are going to be cooking in the pan will depend on the dish that you are making. In some instances, they will only need to simmer for a few minutes, for other dishes you will need to leave them to cook over a prolonged period. The longer that they sit in your pan, the more likely they are to develop a metal taste.