So, you have a brand spanking new cast iron skillet. It has been seasoned to within an inch of its life, and you are itching to use it. It may have entered into your mind that there are some meals that are ideal for a cast iron skillet.

One of the things we get asked about most often is whether a cast iron skillet (or griddle, or pan…) is suitable for very flavored food, such as spicy dishes! The answer to this question is not as straightforward as you may think.

As such, we thought that the best way to answer it would be to dedicate a whole article to the question, giving you as much detail as we possibly can.

So, if you are wondering if you can cook your favorite spicy recipe in your brand new cast iron skillet, this may just be the perfect article for you. 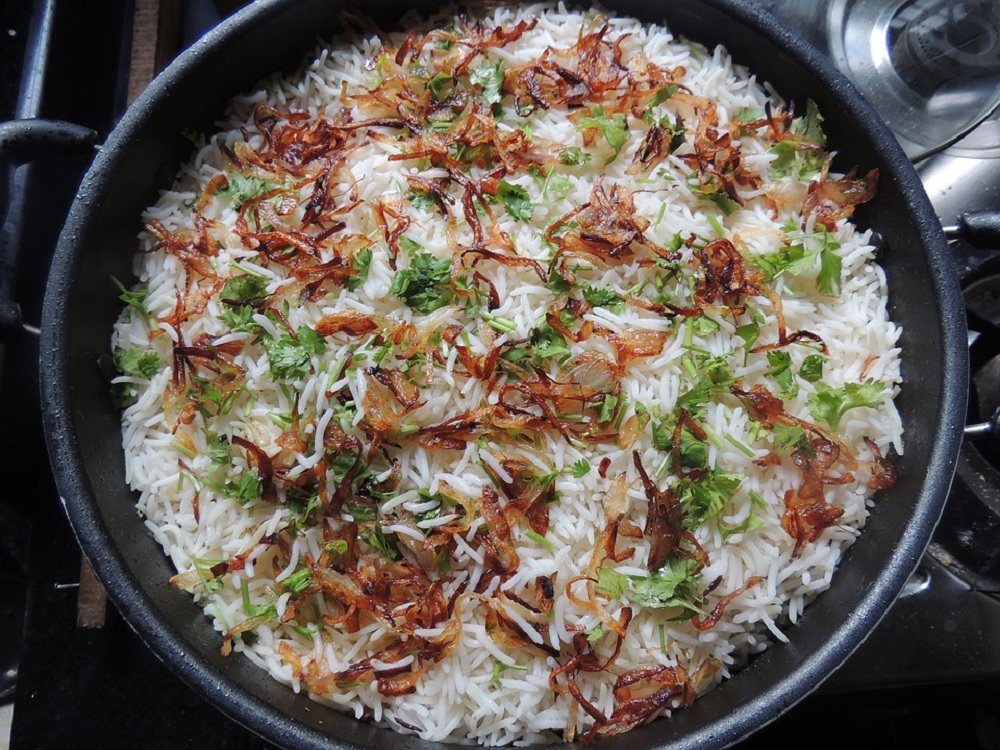 This is certainly true. They are versatile pieces of cookware, that’s for sure. However, it is likely that you may also have some concerns (and very valid concerns at that) that some meals may not be necessarily good for cooking in your cast iron skillet.

You are not wrong! Whilst a cast iron skillet (or indeed any cast iron cookware) is a fantastically versatile piece of cookware, this doesn’t mean that it is suitable for everything.

As you may know by now (well, why else would you be reading this particular article?) spicy food is one of those things that poses something of an issue with the (usually) versatile cast iron skillet. Keep on reading to find out more.

Can you cook spicy food in a cast iron skillet?

The answer to this question is not as straightforward as you are hoping. It truly depends. You can cook spicy food in your cast iron pan. It will certainly cook well and will likely taste delicious. However, there are a number of different considerations that you need to take into account before you go ahead and cook up a vindaloo or spice-laden chili.

The first thing that you should bear in mind is the fact that cast iron, whether you are using a skillet, a griddle, a pan, or a dutch oven, can take on the flavor of what you cook in it.

If you have ever made a skillet cookie or pancakes the day after you have cooked something really pungent like fish or bacon, you will know exactly what we mean (salmon flavored cookies, anyone?).

With this in mind, knowing how fragrant different spices are, it is no surprise that these spices can cling onto the cast iron material of your favorite skillet or pan.

If you also want to use your cast iron cookware for sweet foods, or just don’t want the spicy flavors to be tasted on other recipes, then it may be worth holding off from cooking spicy foods in the skillet or at least investing in two separate ones - one for stinky recipes, and one for other meals.

The other thing to consider is the fact that many spicy meals are often quite acidic, too. For example, a spicy curry may make use of chopped tomatoes or passata.

Now, there is much in the way of debate over the effect of acidic foods on a  cast iron pan or skillet which we will go into more detail about in the next section, but, suffice to say, for now, there is a possibility that these acidic flavors may affect the taste of your food as it is thought that acid can react with the iron and cause a metallic taste.

Of course, much of this will relate to personal preference. If you don’t mind that the spicy smells and flavors will stay on your pan for a little while, then you can just go ahead and cook up as many spicy recipes as you would like.

However, if this doesn’t sound particularly appealing, it may be worth just using a normal pan or skillet, or investing in a second one, especially for fragrant foods.

What should you not do with cast iron?

Of course, as versatile as cast iron skillets, pans, griddles, and all the rest are, they may not all be suitable for all types of foods. As such, there are a number of recipes that you should rethink before you go ahead and cook them in a cast iron skillet.

As you may know by now (well, if you have read the first part of the article), spicy food is one of those foods that requires a little more thought before it is cooked in a cast iron pan.

That is not to say that you can’t cook spicy food in cast iron, but just that care needs to be taken due to the fact that the smell and taste of spices can seep into the metal.

As well as spicy food, another food type that should be used with due care is anything acidic. As we explored in the previous section, the acidic foods that often accompany spicy dishes such as tomatoes, may not be the best option to use in your cast iron cookware.

The reason for this is because it is thought that acid can interact with the metal, breaking down the bonded polymers of the oil seasoning and allowing particles from the metal to seep into your food.

This can give the dish a metallic taste, and in turn, will mean that you are consuming metal. Understandably, this concerns many people and as such, they avoid cooking anything acidic in their pans.

That being said, it is thought that in order for this to happen, the acidic food needs to be cooked for over 15 minutes. With this in mind, it may be ok to add your acidic element in last, only letting it heat up for around 10 minutes. Of course, this is a personal choice and you should do what suits you best.