A bare cast iron dutch oven (or any other cast iron cookware such as a cast iron pan, griddle, or skillet for that matter) is one of the most versatile pieces of kitchenware a person can buy for their kitchen. You can cook a plethora of meals in your cast iron equipment, whether that be some delicious pancakes, some fried chicken, or even a quiche.

Fortunately for you, we just happen to know quite a bit about cast iron and have cooked a lot of recipes in our cast iron equipment. 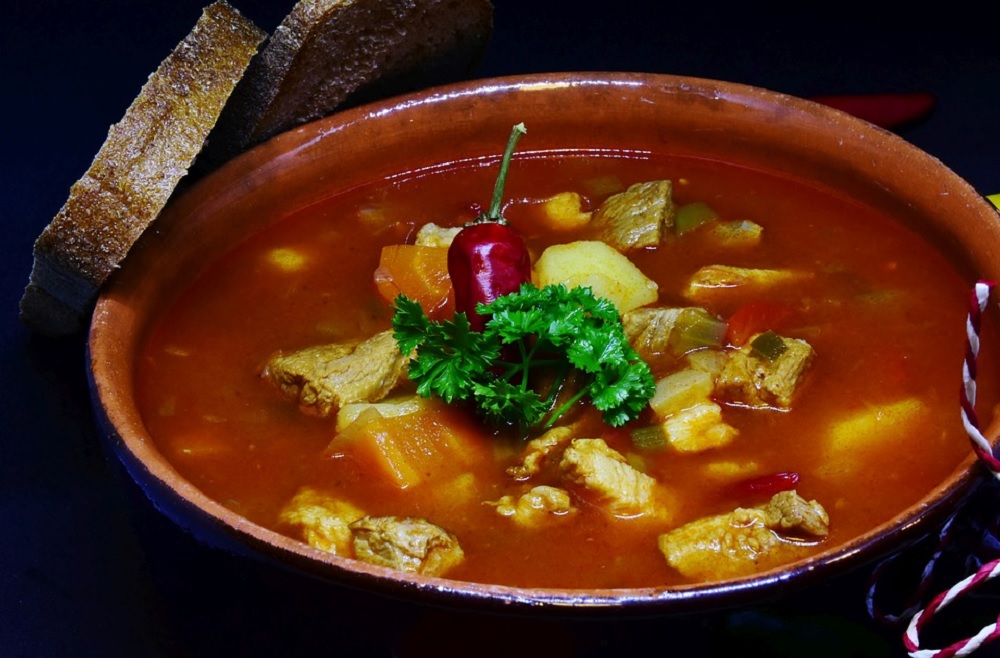 Something we get asked about a lot is whether soup can be cooked in cast iron, especially in bare cast iron cookware such as dutch ovens.

In this article, we are going to be exploring the concept of cooking soup in cast iron in more detail, exploring in particular whether it can be cooked in bare cast iron. We will also be delving a little deeper into what bare cast iron actually means. So, if you have ever wondered whether soup is suitable for cooking in your cast iron cookware, this may be the article for you!

Can you cook soup in bare cast iron dutch oven?

Yes! You can certainly make soup in a bare cast iron dutch oven. Don’t let the word bare confuse you (if you are a little confused, head on down to the bottom section of our article to find out exactly what is meant by the word ‘bare’).

Bare cast iron is just like any other cast iron. The fact that the piece of cast iron cookware in question is a bare cast iron dutch oven is even better! Dutch ovens are a great piece of equipment for all kinds of soups, stews, casseroles, and broths.

Whether you are putting the dutch oven into your oven or cooking it on top of your gas stove, the resulting soup will be delicious. This is because the bare cast iron dutch oven allows you to get a low simmer, cooking the ingredients in the soup slowly and ensuring it retains its flavor well.

We should make note of the fact that your bare cast iron dutch oven should be seasoned before use. When you buy bare cast iron, whether that be a dutch oven, skillet, griddle, or pan, they will either be ready seasoned or unseasoned.

Seasoning, as you may know, is when a latter of oil is applied and heated to create a non-stick surface (more detail about this later). Before you make your soup, you should ensure that the bare cast iron dutch oven is fully seasoned and ready to use. If it isn’t, you could end up with a very dried up soup stuck all over your pan!

If your bare cast iron dutch oven is seasoned, feel free to go ahead and make soup to your heart’s content. All types of soup are suitable if they are made with a broth base. However, you may want to consider the use of some ingredients in particular such as acidic vegetables and spices. Head on over to the next question to find out more about that.

Is it OK to cook soup in cast iron?

Yes! In general, it is OK to cook soup in cast iron. However, you may want to keep in mind that some ingredients should be used with caution in cast iron.

For example, acidic food and spicy foods may not be suitable for cast iron. The reason for this is because acidic foods (think tomatoes) can break down the non-stick oil layer and interact with the metal. This can cause metal particles to get into the food and cause a metallic taste (imagine a metallic flavored tomato soup!).

Spicy food, on the other hand, can do the opposite. What we mean by this is that the flavor and smells of spicy foods can stick to the cast iron, clinging to it and any other recipes you subsequently make in there. As such, you may want to consider your spicy soup such as Mulligatawny.

Of course, this doesn’t mean you can’t make soup, but you may want to reconsider tomato soup, or anything overly spicy! Of course, a fix for this could be to use a different cast iron pan for spicy, fragrant foods. Take it from us, cooking a spicy curry one day and then using the same cast iron pan for pancakes the next day doesn’t go well...let’s just say spicy pancakes are not good!

What is bare cast iron?

Bare cast iron is exactly what it says on the tin, so to speak! Bare cast iron simply means cast iron. Sometimes the ‘bare’ gets added as a way of differentiating it from another type of cast iron known as enameled cast iron.

The difference between the two is that bare cast iron is made purely from, you guessed it, cast iron. Enameled cast iron has been covered with a layer of enamel to make it non-stick.

Of course, cast iron is not non-stick, but as you may know, it can easily be made non-stick by the simple action of seasoning.

This means that you cover it with oil, rubbing it into the metal. You can then place it in an oven that has been set to a high heat so that the oil polymerizes and forms a non stick surface.

In fact, it is so non-stick that you could fry an egg on it and still be able to flip it! So, there you have it! Bare cast iron is nothing to be confused about, it is simply the typical cast iron that you know and love, just with an extra word added at the front to differentiate it from others.