With all the information doing the rounds about how vulnerable our cast iron pots and pans are to damage from moisture and acidic foods, it’s understandable that we become a little overprotective.

Suddenly, that highly versatile cast iron cookware is gathering dust in the back of our cupboard or hanging from a hook, but when it comes to cheese, there’s no need to hide it away.

Not only can you cook something cheesy in your cast iron utensils, it’s one of the best ways to get cheesy in the kitchen, period! One of my personal favorite things to do with my cast iron kitchenware is fondue. I even own a fondue pot, but it just doesn’t compare to the cast iron. 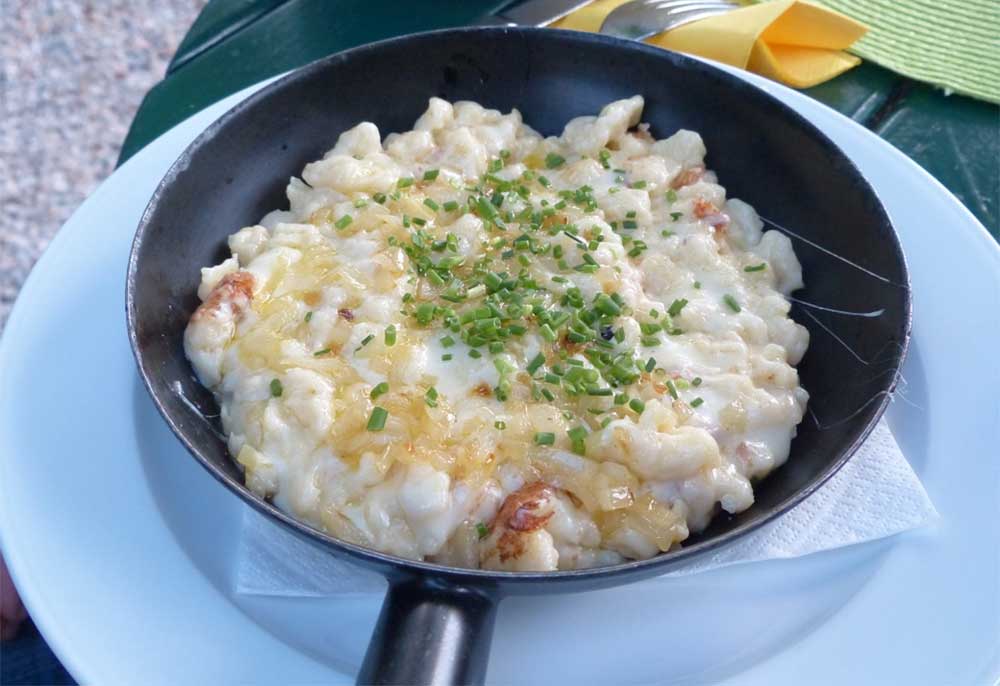 A lot of people understand that cast iron is a great conductor of heat, but what many don’t realize is that it holds its temperature incredibly well too. So, when I melt up an inordinate amount of cheese (as it always ends up being) for some fondue fun, the skillet keeps it warm and loose for ages — no candles or electric heater required!

Another thing I like to use my cast iron skillet for is...and brace yourselves because I’m about to blow your minds...fajita pizza. I can almost hear the pizza purists shuddering around the globe as I write this, but trust me, if you’ve had a hard day, fancy a homemade slice, but don’t have the energy to make your own dough, a fajita is the answer. You simply throw a wrap in your cast iron pan, then get crazy with toppings and, of course, tons of wonderful cheese.

One last little bit of cheesy meal advice I can give you for your cast iron cookware is to make cheesy garlic sauce. Add some rosemary, maybe some thyme, a generous sprinkle of cracked black pepper, serve it in the pan on a cloth and wooden chopping board, and you’re in for a treat.

So, yes, cheese and cast iron can make a great team; however, if you want to keep your cast iron pots and pans as well as your meals in tip-top shape, it helps to be selective with your cheeses.

As I’ve already touched upon, cast iron shouldn’t be used with highly acidic food items such as tomatoes as the acids will cause the cooking surface to leach, giving your food a distinctly metallic taste. This metallic infusion may be quite subtle if your food was only in the pan for a few minutes, but it’s incredibly hard to veil with other flavors.

We actually need iron in our system to aid with growth and development, and this leaching process can be beneficial to those with iron deficiencies, but there is such a thing as too much iron. In excess, iron becomes toxic, damaging our gastrointestinal system and accumulating in our organs.

You may already know about lactic acid. Dairy is full of it. In the cheese-making process, bacteria eats up the sugars in milk, and lactic acid is the natural byproduct. It helps to combat the growth of harmful organisms in the cheese, which is great, but it’s not so good for cooking with cast iron.

That said, not all cheese rests in the same area of the PH scale. Some are far more acidic than others. Take Limburger or blue cheese, for example. They have a PH rating of around 6.5. While everything below 7 is acidic, these cheeses are just over the threshold and so are less likely to leach iron from your pan. Brie, Queso Blanco, and Finnish Bread Cheese all fall around the same 6.5 - 6.2 zone on the PH scale.

Finally, you have the most acidic of all cheeses. These are the Goudas, the Mozzarellas, the Palms, the Colbys, and the Cheddars. They register between 5.4 and 5,1 on the PH scale and pose the biggest leaching risk.

If one of your all-time favorites was in that final list, don’t worry, friend, you can still introduce them to your cast iron as long as it’s seasoned to perfection. The protective polymer coat doesn’t just keep your pan safe, but your food too.

If your seasoned layer is robust enough, the cheese will never even physically come into contact with the cast iron surface. Furthermore, it gives your cast iron an awesome non-stick effect, a godsend when it comes to dealing the stickiest thing known to man...melted cheese.

A pan’s seasoning will wear away and “cook off” after a while, so it’s important that you give it another coating of oil after your cheesy masterpiece has been consumed. With each seasoning, your cast iron cookware should only get better.

I’m currently using this Cuisinel Cast Iron Skillet for all my cheesy endeavors. It’s sizable, has deep walls, and it comes pre-seasoned - perfect!

Another way in which you can reduce the metallic side effect of cast iron cooking is to try and neutralize the acid content in the cheese somehow.

The garlic and cheese sauce I mentioned earlier is a clever little recipe because garlic is a highly alkaline ingredient. If you sufficiently mix it in with your cheese, it brings down the acidity level slightly, reducing the chance of iron seeping into your delicious yellow goop.

Perhaps it’s not the seepage of iron into your yellow nectar that’s troubling you. Maybe you’re worried about clean-up. Granted, you do have to be careful when washing up cast iron pots and pans, but you can just follow normal protocol to remove stuck cheese bits.

If you’re unsure how to approach the messy aftermath of a cast iron-cooked cheese-based meal, it’s really simple. All you need to do is dislodge any bits you can, then for the rest, use something like this Full Circle Tenacious C Cast Iron Brush and Scraper and some coarse kosher salt. Your pan will be good as new in no time.