If you’re already pretty familiar with scallops, then you’ll likely have already heard of their reputation for being difficult to properly cook without causing them to stick to the pan, which can cause them to dry up and even make them inedible.

What’s more, as you’ll be cooking them on cast iron, you’ll be able to enjoy a whole host of benefits that other cooking pans just can’t offer. For starters, unlike regular cooking pans that are prone to “sticking”, cast irons skillet pans are carefully designed to resist food sticking to the surface of its pan while cooking, which means that you’re not going to need to worry about the chance of your scallops getting stuck to the bottom of the pan. 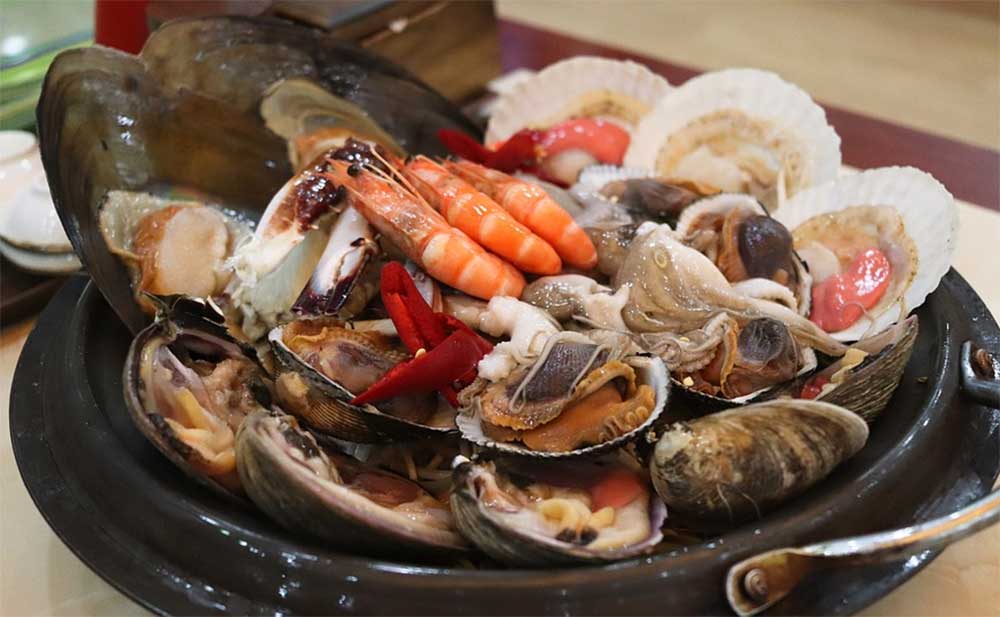 This is particularly beneficial for seafood lovers, especially those that love to cook scallops because they can have a tendency to stick while cooking. It also means that, once you have added a sheen to the pan, you can use less oil which is a real health plus!

In addition to this, cast iron skillets have a real tendency for being able to offer an enhanced flavor, and it is generally considered that the main reason for this is due to the heaviness of the cast iron skillet which allows the pan to be able to retain more flavor. Interestingly enough, cast-iron skillets also add iron to your food, which is something that is beneficial to the immune system and vital functions of the body.

How to cook scallops in a cast-iron skillet?

A surefire way to elevate the texture and flavor of scallops, a cast iron skillet will help you to enjoy perfectly cooked scallops that feature a tantalizing golden-brown searing on the outside and a soft and flavorful texture on the inside. Generally speaking, cast iron-seared scallops are not going to need too much time to make them tasty and delicious, and you’ll even have the option to choose between oil or butter.

Plus, as cast iron skillets take the hard work out of the cooking and won’t cause your scallops to stick, it means that you’ll be able to turn your attention towards having fun and getting creative, so feel free to tweak the following recipe as you see fit.

So, without further ado, from start to finish, read on to learn how to cook your scallops on a cast iron skillet in less than 15 minutes:

How long do you cook scallops on cast iron?

When it comes to cooking scallops on a cast iron skillet, the cooking method is more or less the exact same as the one you would follow if you were to cook them on a regular non-stick pan.

Thanks to this, it means that you won’t have to worry about the fuss of an altered recipe, and you’ll be able to cook your tasty scallops for the standard, recommended time frame of between 4-5 minutes (depending on how golden you want them to be!).

As a side note, it’s worth noting that you’ll always be the best judge of how long your scallops will need while cooking in a cast iron skillet. Alongside the recommended cooking time frame, there are a variety of visual signs that will help to indicate to you that your scallops are done. For instance, when your scallops are cooked and ready to be removed from the cast iron pan, they should be seared a golden-brown color on either side.

Besides that, you should also notice that each scallop is opaque on the inside, and they should feel firm to the touch, yet still soft enough that they are not going to be too tough to eat.