A cast iron pan (well, cast iron anything really) is one of the most versatile pieces of equipment a person can buy for their kitchen.

Whether you are making a breakfast hash in a cast iron skillet, griddling up some bacon, or using a cast iron dutch oven for roast chicken, it is no secret that cast iron is a fantastic conductor of heat, and thus a great material to use for all kinds of recipes.

Have you ever thought about making pancakes on cast iron? We know what you’re going to say “won’t they just stick?”. Good question. However, we are happy to tell you that pancakes are the ideal recipe to test out something new in your cast iron pan. 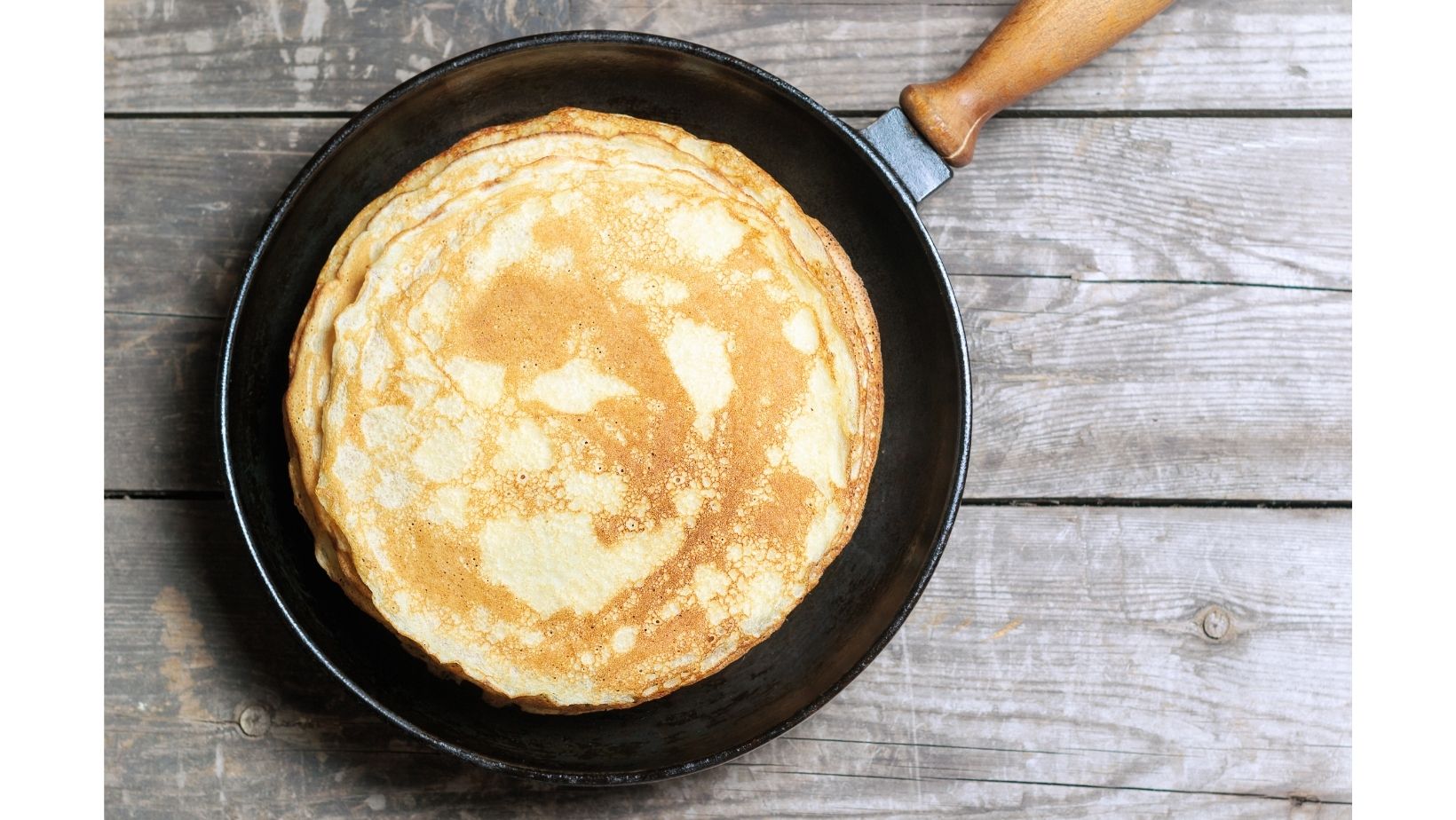 In this article, we are going to be exploring the question “can you cook pancakes in a cast iron pan?” in more detail, and answering all your other pancake-related questions to ensure you get perfect cast iron pan pancakes each time!

Can you cook pancakes in a cast iron pan?

Of course, if you have read the introduction you will already know this and will be looking for a little bit more detail! Luckily for you, you’re in the right place... The heat of the cast iron pan lends itself well to the making of pancakes, whether you like thick American style pancakes or thinner pancakes (a little like crepes).

You can just pour the mixture into the pan bit by bit, or, if you want to keep the edges of your pancakes as neat as you possibly can, you may want to consider the use of a pancake mold.

You can get these online or in home and kitchen stores. They are typically made from metal or silicone and can be placed in a pan. The pancake batter gets poured straight into the mold and keeps it all in shape as it cooks.

Simply flip it when the underside has cooked for perfect pancakes and a noticeable lack of pancake batter splatter. Of course, these pancake batter molds are optional but may be a good option for some people.

How do you keep pancakes from sticking to cast iron?

The great thing about cooking pancakes in a cast iron pan is that there is no reason for you to use any sort of oil or fat to stop the pancake batter from sticking. Crazy, right?

What makes cast iron cookware such as pans, skillets, and griddles so attractive is the fact that they are seasoned. No, we don’t mean that they’re been sprinkled with salt and pepper!

Seasoned means that it has been coated with a layer of oil and then heated at a high temperature. The oil seeps into the cast iron and provides a non-stick coating for all of your cast iron cookware.

Some cast iron pans, griddles, and skillets can be bought with an assurance that they are already seasoned. That is, the manufacturer will season them first.

However, you can season a cast iron pan (or any other piece of cast iron cookware for that matter) yourself by simply coating it with an oil of your choice and placing it in an oven.

Some people even choose to season an already seasoned piece of cast iron cookware, just to be reassured that it will definitely be non-stick.

Because of this seasoning, pancakes can be cooked ‘naked’ if you will. By this, we simply mean that there is no need to use oil. The pancake batter will not stick and they will be able to be flipped with ease.

Why are my pancakes sticking to my cast iron pan?

This is a common mistake with newly purchased cast iron pans (and other cast iron cookware), especially if the person is not aware that they need to be seasoned. It may also happen if the pan has been used a lot and the non stick coating has worn off. This doesn’t happen often but is possible if there was not much oil used for seasoning.

As you may know from the previous section, seasoned simply means the act of soaking your pan with oil (such as olive oil) and cooking the pan at a high temperature so it gets a non-stick coating.

If you have already done this and the pancake batter still sticks, then it is likely that the pan has not been seasoned enough. To fix this, simply clean it well, wait for it to cool, and repeat the seasoning process. Do this until you find you can cook pancakes without them sticking.

Is it better to cook pancakes with butter or oil?

Pancakes can be cooked just as well with both oil and butter. It really depends on your personal preference.

Most recipes do, in fact, state that butter should be used. Some people find that butter adds to the flavor, whereas oil does not really add flavor but instead gives a greasier texture.

However, oil tends to burn at a higher heat than butter, therefore providing a non-stick surface for longer.

That being said if you are cooking pancakes in a cast iron pan (or skillet or griddle) then you will not need either butter or oil. The reason for this is because the cast iron pan will already be ‘seasoned’ with oil, and will therefore be non-stick.

Of course, if you wanted to add a little square of butter onto your pancakes after they have been cooked on your cast iron pan, then you definitely should. Oh, and some syrup...and blueberries… and bacon!